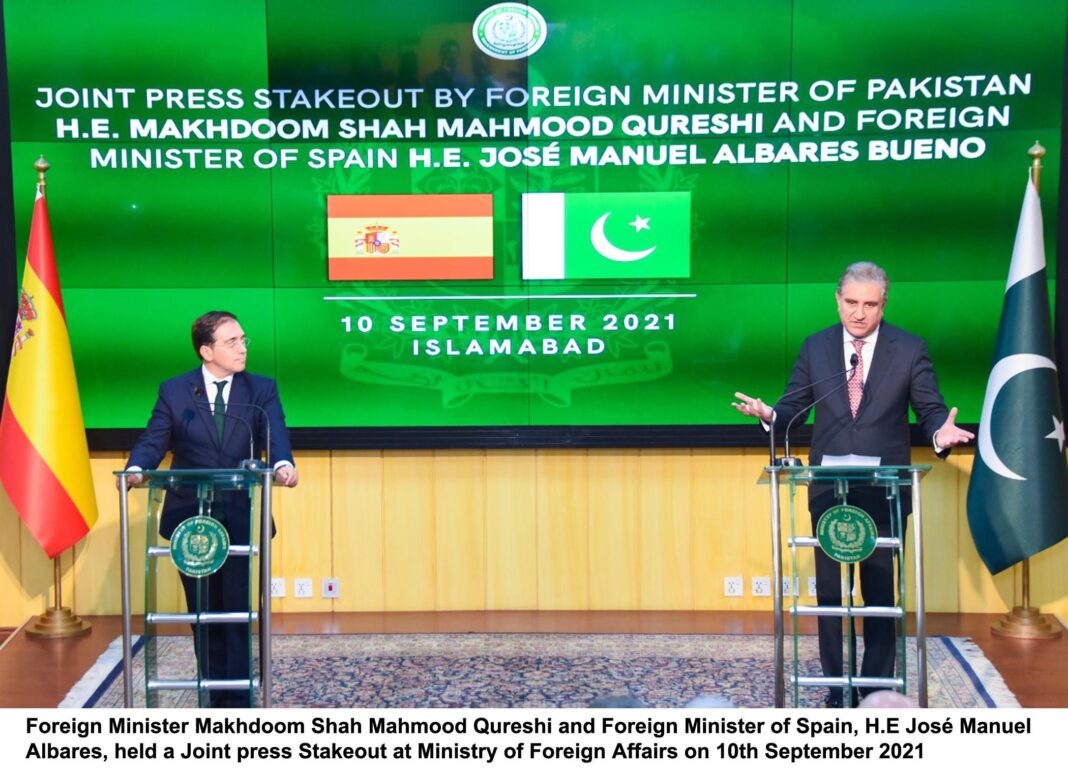 ISLAMABAD: Foreign Minister Shah Mehmood Qureshi on Friday said Pakistan wanted peace and prosperity in Afghanistan and was committed to help the Afghan brothers despite limited resources. In a statement on the situation in Afghanistan, he said the humanitarian crisis in Afghanistan was not in the interest of the Afghan people, region and the world. Qureshi mentioned that Pakistan on Thursday sent to Kabul the humanitarian supplies in the form of medicine and food.

“We are also trying to send them the relief goods to avert any crisis,” he said. He stressed that saving Afghanistan from humanitarian crisis was the common responsibility of all. The foreign minister said in the past, the Afghan soil was used against Pakistan. “We should encourage the Taliban not to allow their land to be used against any other country,” he said. He emphasized that if the Taliban met to the expectations of the international community, they would make things easier for themselves and their country.

Foreign Minister Qureshi Friday urged the international community to urgently provide assistance to ward off a humanitarian crisis and to take steps to ensure economic stability in Afghanistan. The foreign minister, during the wide-ranging talks with Foreign Minister of Spain Jose Manuel Albares Bueno here, said releasing Afghanistan’s financial assets was also a necessary measure to bring in economic stability. During the talks, views were exchanged on the latest developments in Afghanistan.

Bilateral relations including cooperation in international fora were part of the parleys. Foreign Minister Qureshi stated that Pakistan, as an immediate neighbor of Afghanistan, had paid immense price because of prolonged conflict and instability next door. As such, peace and stability in Afghanistan were in the best interest of Pakistan, he added. The foreign minister hoped that the new dispensation in Afghanistan would undertake concerted efforts for peace and security and work towards taking care of humanitarian and development needs of the Afghan people.

He underscored that the international community must remain engaged and that the people of Afghanistan should not be abandoned. Foreign Minister Qureshi apprised the visiting foreign minister of his regional outreach on different aspects of the evolving situation in Afghanistan, which presented challenges as well as opportunities.