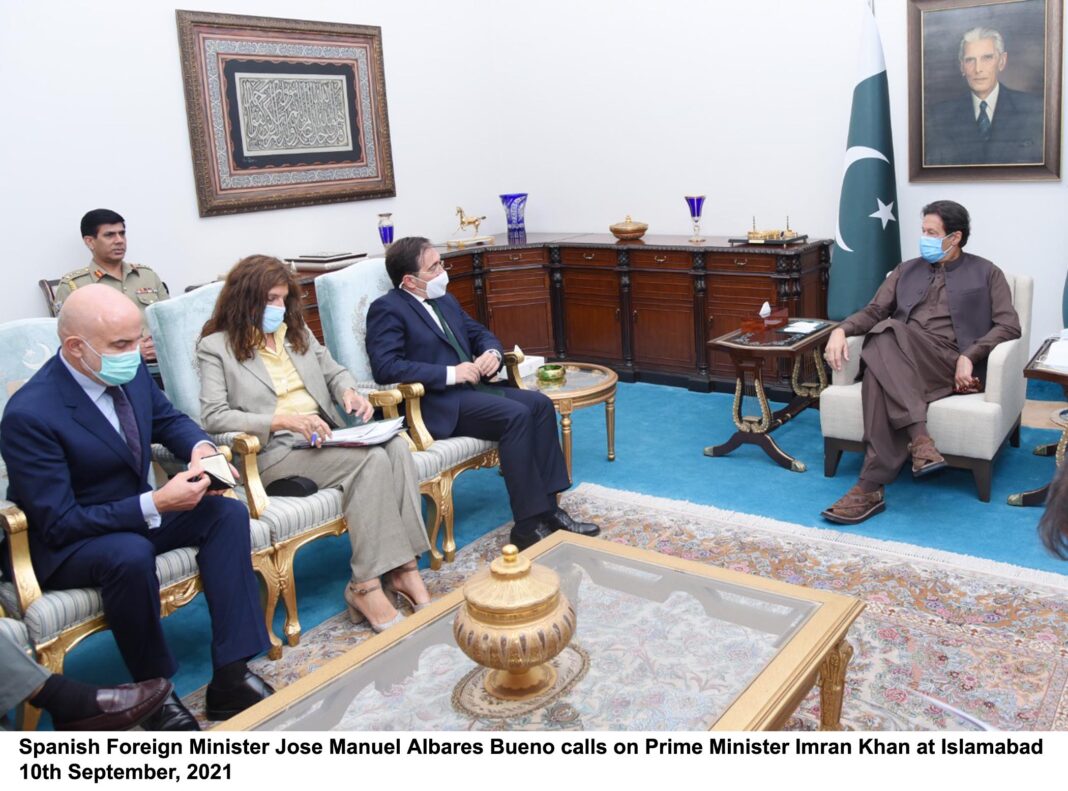 ISLAMABAD: Prime Minister Imran Khan Friday while emphasizing to prioritize the well-being of Afghan people, said the changed reality in Afghanistan required a change in the world community’s outlook as well. The prime minister, in a meeting with Spanish Foreign Minister Jose Manuel Albares Bueno who called on him here, underlined the importance of a secure, stable and peaceful Afghanistan for Pakistan and the region. The prime minister added that urgent measures were required to address the humanitarian needs of the Afghan people and to ensure economic stability of the country.

He called for positive engagement of the international community to ensure the security situation in Afghanistan was stabilized, peace was preserved, and any mass exodus was precluded. Foreign Minister Albares lauded Pakistan’s efforts to facilitate the evacuation of nationals and personnel of diplomatic missions and international organizations. The prime minister assured Pakistan’s continued support in this regard. On the bilateral plane, the prime minister hoped that Pakistan-Spain relations would continue to be strengthened in all fields.

He also lauded the positive role of Pakistani diaspora in Spain. This year marks the 70th anniversary of establishment of diplomatic relations between Pakistan and Spain and both sides would commemorate this milestone through specific events. Prime Minister Khan said that with all economic indicators moving towards positive trajectory, there was a need to take urgent measures to check the existing gap between imports and exports. He directed the Commerce Division to present within the next two weeks Strategic Exports Framework for approval and set targets for the trade and investment officers posted abroad.