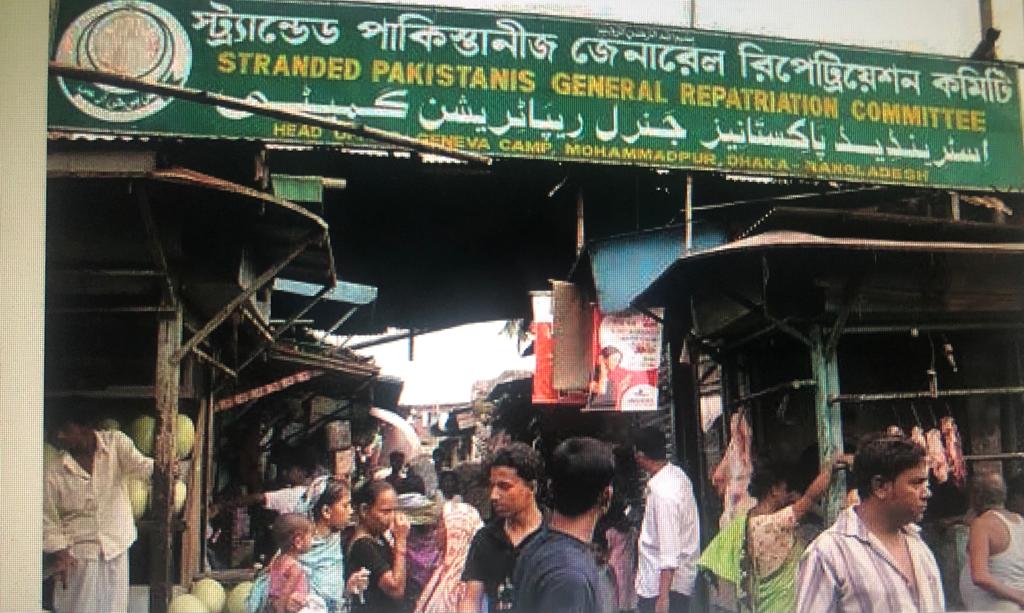 War has remained the biggest cause to any humanitarian crisis, winners celebrates their victory and victims are forgotten. People who suffer more in war are always women and children as they are soft target. War may end in few days but it has long lasting horrific effects on civil society. Victor remain busy in writing its own version of history, however civil population face starvation, poverty, unemployment and go through psychological traumas.Same is the suffering of stranded Pakistanis in Dhaka Bangladesh. Society is not familiar with the word “stranded Pakistanis” as they are the forgotten past, they are the most hapless people on the planet earth. Neither owned by native homeland Erstwhile East Pakistan nor by the Pakistan for whom they declined the offer of Bengali nationalist and supported the idea of a united Pakistan and resultantly sacrificed their lives, property and honor.Common man in Eastern or western wing of Pakistan was not responsible for fall of Dhaka. Dhaka fall is the saddest chapter in the history of Pakistan. It’s an ongoing and never ending debate who was responsible for fall of Dhaka, main actors are no more in this world.Bangladesh has its own perspective on fall of Dhaka and on every 16th of December ,there are celebrations in Bangladesh, as independence day and victory day in India while commemorated in Pakistan and only few actors get the attention like Sheikh Mujib, Z.A Bhutto, Yahya Khan, India, Pakistan, USSR, USA, Mukhti Bahni etc. But no one talks about why three hundred thousand stranded Pakistanis still live in slums of Dhaka, why they are called stranded Pakistanis, why Urdu speaking civilians were repatriated in 1974 apart from thirty four thousand Army personnel. Though  in the farewell speech by chief of army staff some hidden facts of falloff Dhaka were mentioned but actual frontline soldiers of East Pakistan Civil Armed forces and Bihari community who were massacred brutally in Satahar, Kanchan Nadi and Dhaka Racecourse ground after fall were not voiced.Above all those Biharis who were repatriated to Pakistan were not warmly welcomed as due to media blackout during 1971 War people of West Pakistan did not know about them and they were neither given identity nor honorable living. Organi town Karachi is their main hub of this unfortunate community and it’s the biggest slum of Pakistan, people are living in poor socio economic conditions. The community who’s forefathers were university graduates are now compelled to do odd jobs to earn their living. They are declined of their basic constitutional right of citizenship, just because the state authorities ask them to give proof of being Pakistani, Erst while East Pakistan was a province of Pakistan, Biharis were repatriated to Pakistan in state having single suit wearing how they can provide documents of citizenship.Today’s Bangladesh was former East Pakistan which the state authorities must keep in mind while declining their right of citizenship. There must be proper legislation to ensure their right of citizenship.Recently a resolution was tabled in the House of Representatives USA by Congressmen Rohit Khanna and Steve Chabot ‘Recognizing the Bangladesh Genocide 1971’ which mentions killings of three million Bengali Hindus, while according to US state department two hundred thousand people were killed in the conflict, what a contrast and joke in the US Congress. Every country has its own version of history but no one voicedThe writer is a graduate from National Defence University Islamabad.The article highlights the story of downtrodden civil War victims of Fall of Dhaka and contrast of viewpoint by different countries of fall of Dhaka. Article is worth read for Students/Faculty of History, International Relations and Current Affairs.