Saidpur Village: A wide array of religious and cultural heritage 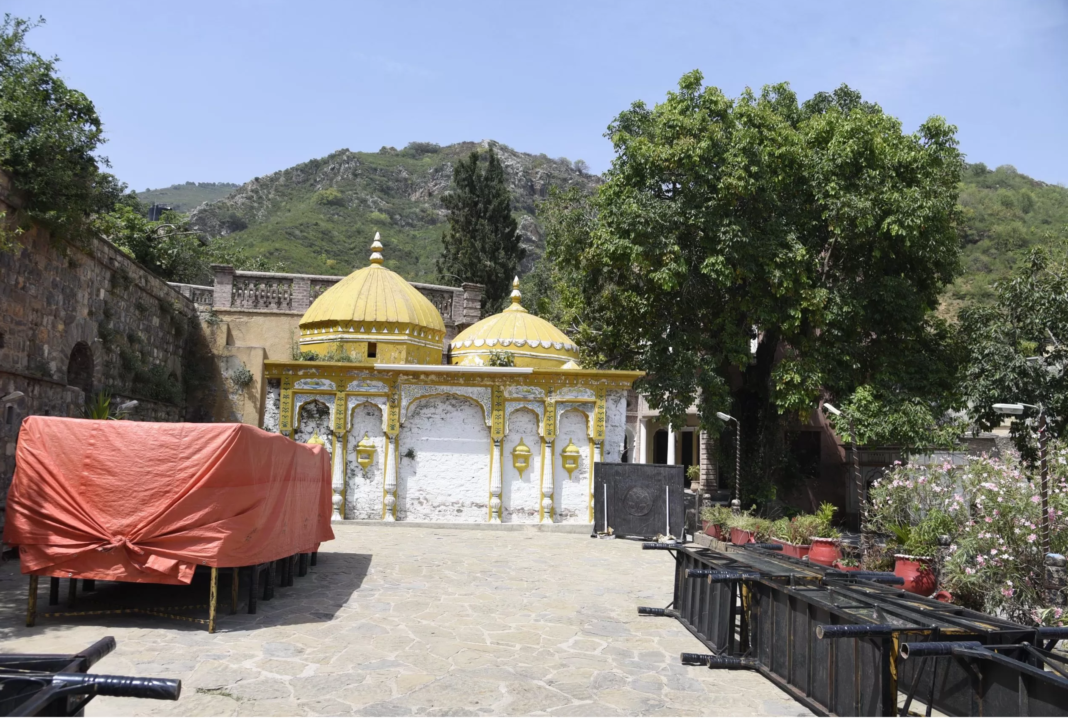 Saidpur Village is a major tourist destination located in Islamabad. It hosts a wide array of religious and cultural heritage. The area was inhabited by Muslims, Hindus, and Sikhs before 1947. The village land was acquired by the Capital Development Authority (CDA) in the late ’70s. The major historical buildings on site are a Mandir, a Sikh temple, and a Dharamshala. During 2006-2008, the village went through a major renovation, with the aim of making Saidpur a “Model Tourist Village”. It is important to appreciate that this renovation played a major role in developing Saidpur village. It is now a highly popular tourist spot that has received visits from many officials such as the Prime Minister, Army Chief, and various other delegates and foreign diplomats.

In recent years, there is not sufficient attention being given to tourist spots that hold great significance. Sites that hold religious importance for minority groups often suffer from a lack of correct resources or enough funds and recognition from the government. Saidpur Village is one of these sites. The area has not been properly restored for a while and remains poverty-ridden where locals lack access to jobs.

The natural beauty of Saidpur village serves as a major source of attraction for tourists. The site is situated on the slope of Margalla hills in the midst of a lot of greenery. Due to the rapid increase in the population of the area, this natural beauty is slowly being lost. Large-scale deforestation is being carried out to meet the energy needs of the increasing population. As a result, air pollution has increased and the quality of life has declined. This environmental harm has caused the natural appeal of the area for tourists to be damaged.

The renovation of Saidpur Village in 2006-2008 played a significant role in making it a highly visited tourist destination. However, since then the village has not been through any renovation or restoration. The majority of the population lacks access to basic utilities such as electricity, water, and gas. Such utilities remain restricted to only a percentage of the population. Other infrastructural problems include a lack of furniture to accommodate old or immobilized people.

Pottery shops are a major source of attraction and an integral part of the local culture. Many people used to make earnings through local arts and crafts shops. Some of this pottery is from pre-partition times and holds great historical importance. These shops have been pushed far away from the tourist attractions. Here, they lack a sufficient amount of space to display pottery items such as mechanical clay trains and fountains. Shop owners need more exposed spaces that are accessible to tourists.

SaidpurVillage was a place of fusion of three different cultures. Hindus, Muslims, and Sikhs lived together in the area which is reflected in the living styles of the people. Even now, SaidpurVillage receives a diverse range of tourists. However, there is a lack of facilities to accommodate Hindu and Sikh tourists, despite the major attractions being specific to their culture. Tour guides do not have enough information on the religious context of these sites. They also do not have access to scriptures that might be relevant to the area. There is a language barrier between the tourists and tour guides.

To deal with these issues, local officials have asked for more government support and management. This is required to bring the cultural, religious, and historical significance of Saidpur Village to the forefront. Through investing in higher advertisements to increase awareness, the site will be able to receive even more tourists than it already does, thus bringing greater returns.

Furthermore, there is a large bakramandi outside the entrance of the village, situated next to a primary school. This has been constructed illegally without any permits. According to locals, the mandi gives a bad impression of the village to tourists and international delegations. Waste is dumped right next to the entrance of the area which causes a putrid smell to develop. This encroachment problem should be looked into and it must be ensured that the locals who have been residing in this area before the creation of Islamabad are accommodated. Locals recommend the imposition of stronger fines and stricter government enforcement of the law.

Afforestation is required to preserve the natural beauty of the area. Systems for protecting newly planted trees and preventing deforestation are also necessary. To deal with encroachment and the resulting pollution, there should be great government management and stronger fines for those who cut down trees or seize land from surrounding areas of the village.

In regard to infrastructural issues, there is a dire need to ensure the provision of basic utilities. Sewage and sanitation systems need to be improved and developed. Pottery shops and arts and crafts shops should be maintained and given more open exposed spaces. More funding also needs to be given for the maintenance of the historical sites.

For more religious tolerance and inclusion, the training of local officials is necessary to allow better accommodation for tourists from different religious and cultural backgrounds. Not only should the existing tour guides be properly informed, but individuals who belong to the relevant religions should be appointed as tour guides.

Alongside this, it is required for the government to aid more towards supporting the locals that live in this area. There is a need for ensuring a higher standard of living and stable income for households. The rapidly increasing population is proving to create immense overcrowding.

Next to this, since the youth of this village is very well-educated and literate, the government should look into providing employment for them. Those with arts and crafts or pottery shops should also be looked after to stabilize their income and also to create greater appeal for tourists.

With these measures taken, Saidpur Village will be able to reach its full potential and create great economic growth for our country.

Two exhibitions from Uzbekistan will become the main museum