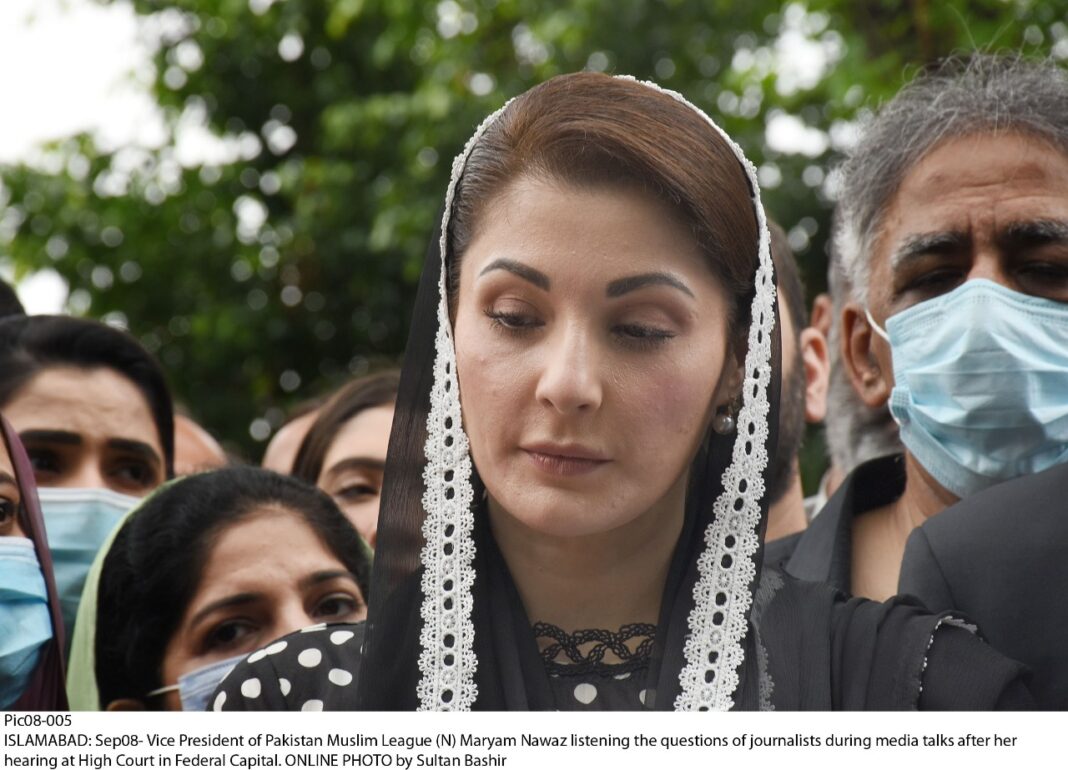 ISLAMABAD: Pakistan Muslim League-Nawaz (PML-N) vice president Maryam Nawaz on Wednesday has criticized Pakistan Tehreek-eInsaf (PTI) government and said that it has failed to deliver. While talking to media after court appearance, the PML-N leader stated that Pakistan will soon witness positive change and the fake incumbent government will be sent packing.

She said that if her party nominates Shehbaz Sharif as Prime Minister then she will also stand in his support. Maryam Nawaz further avoided question related to Pakistan Peoples Party (PPP).

She said Pakistan should accept the decision of the Afghan people and stay away from the country’s internal affairs. Speaking about the new interim government formed in Afghanistan, the PML-N leader said: Afghanistan is an independent country and “Pakistan should not impose its decisions on them.” “We [Pakistan] should not interfere in the internal politics and affairs of Afghanistan,”

she said, adding that the people of Afghanistan have long faced war-like conditions. Maryam went on to say that Pakistan should work with the international community for the rehabilitation of the Afghan people as well as the reconstruction of the country. However, she once again reiterated that Pakistan should “stay away from Afghanistan’s internal affairs.” Earlier, the Islamabad High Court Wednesday gave Maryam Nawaz an extension to hire a new lawyer before September 23 for her plea challenging the sentence awarded to her in the Avenfield Reference.

A two-member bench, comprising Justice Amir Farooq and Justice Mohsin Akhter Kiyani, was hearing the pleas filed by Maryam and her husband Captain Safdar. During the hearing, Maryam maintained that her lawyer, Advocate Amjad Parvez, has excused himself from further representing her case due to an illness. She moved the court to grant her an extension to hire a new lawyer. “I want to bring some facts to the fore by filing another plea,” said Maryam. “I don’t want to give an impression that the case is being delayed.” At this, Justice Farooq remarked that Maryam has the right to hire a lawyer according to her will and file a petition, therefore, the court would not object to this. However, at Maryam’s request for a monthlong extension, the court remarked that the arguments on the case are going on, so a long extension cannot be granted.