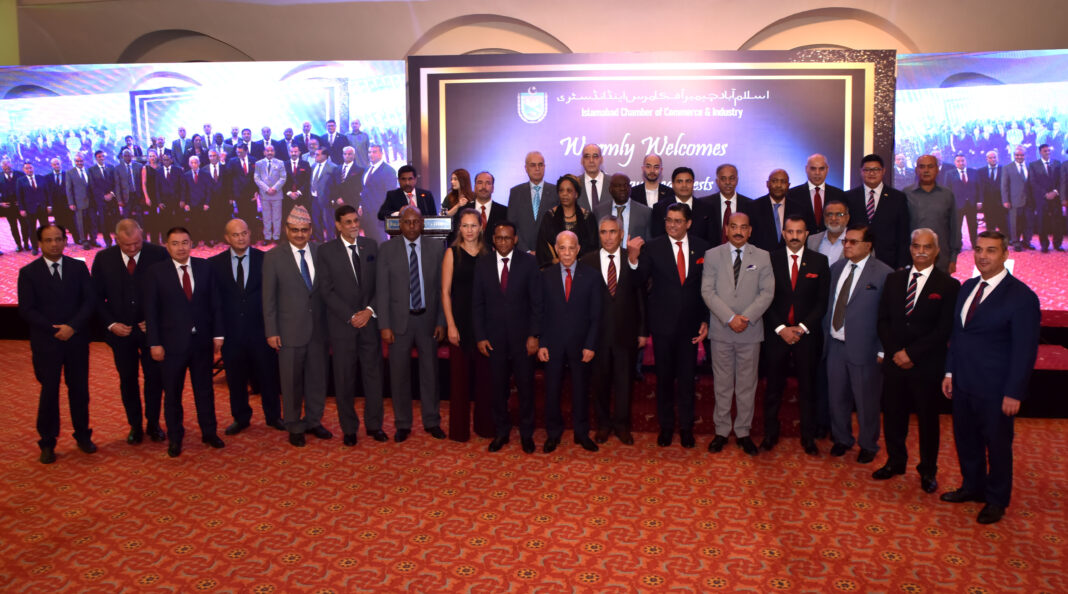 ISLAMABAD: Federal Minister for Planning and Development Ahsan Iqbal has called upon the business community to explore the global market for promoting Pakistan’s exports and bringing the foreign exchange to the country so that Pakistan can grow faster. He said that our businessmen will have to be embedded with the spirit of 21st century Columbus to go out and find new opportunities for increasing exports of Pakistan, which were vital to improve our economy. He said this while addressing as Chief Guest at a dinner reception organized by Islamabad Chamber of Commerce & Industry (ICCI) in honor of foreign diplomats in a local hotel. 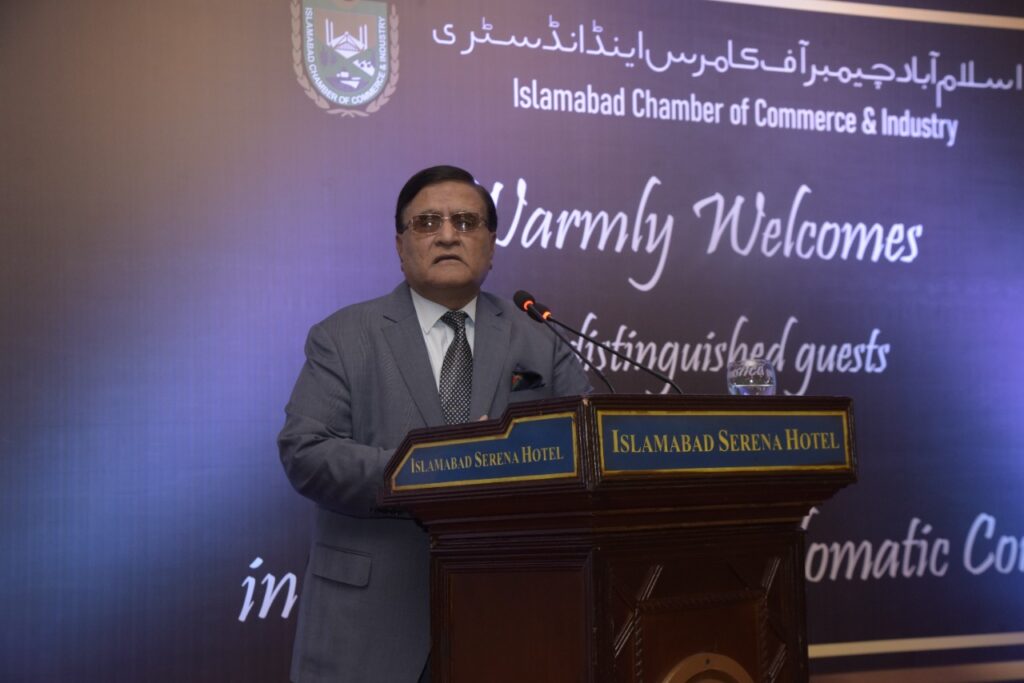 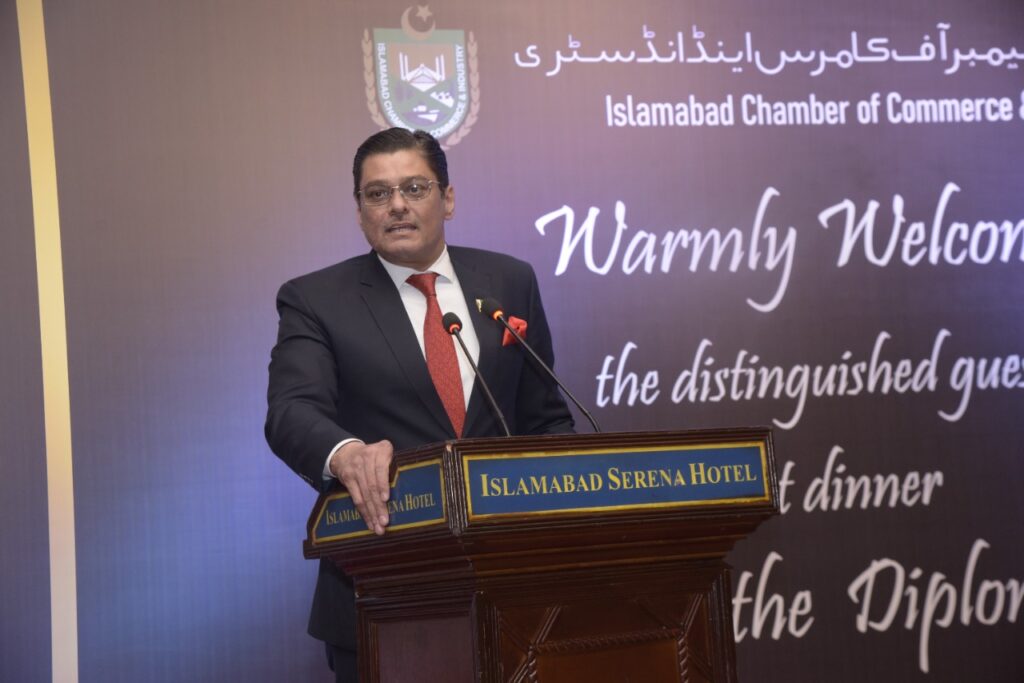 In his welcome address, Muhammad Shakeel Munir, President, Islamabad Chamber of Commerce & Industry said that the flash floods have created great problems for Pakistan’s economy and urged that the foreign diplomats should play role to enhance the exports of Pakistan to foreign markets that would provide important cushion to our economy. He said that Pakistan was producing many quality products including marble & granite, textiles, surgical instruments, medical equipment, chemical & pharma products, sports goods, leather products, food products including rice, fruits & vegetables, IT products and IT enabled services and cooperation of foreign diplomats was important to increase their exports.

H.E. Atadjan Movlamov Ambassador of Turkmenistan and Dean of Diplomatic Corps and H.E. Andreas Ferrarese Ambassador of Italy also spoke at the occasion and assured of their cooperation to promote the business and economic interests of Pakistan in the international market.

Newly Elected President of ICCI Ahsan Zafar Bakhtawari said that the world had entered the geo-economic phase and economic diplomacy was very important in international relations. While addressing a dinner reception hosted by the ICCI in honor of foreign diplomats and the business community here, he said that in this modern age of economic wars, the smooth growth of trade and investment played a very important role in the development and prosperity of a country. Ahsan said that this goal could be achieved in a better way by setting up new industrial estates and special economic zones, rationalizing the taxation system, facilitating the promotion of exports, and integrating the economy of Pakistan with the global economic hubs. The promotion of business, trade and investment activities in a country ensured economic stability, he added. 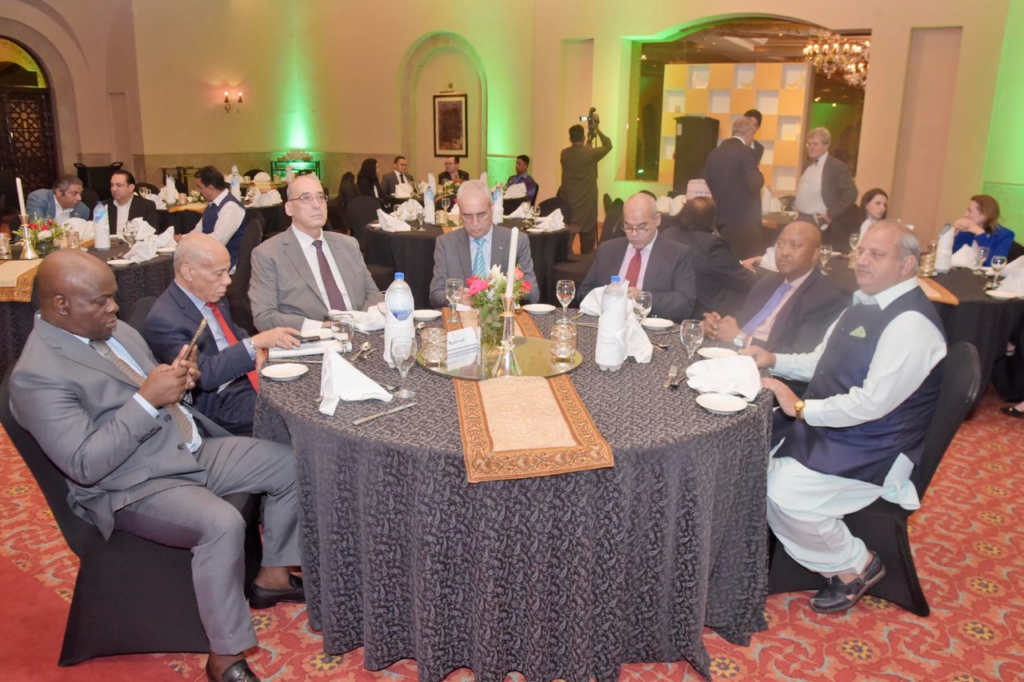 Therefore, he said, it was vital for Pakistan to maintain and promote cordial relations with the international world in order to explore new avenues of trade and investment promotion. He said that this gathering was the right step in the direction of developing close cooperation of their business community with the diplomatic community. 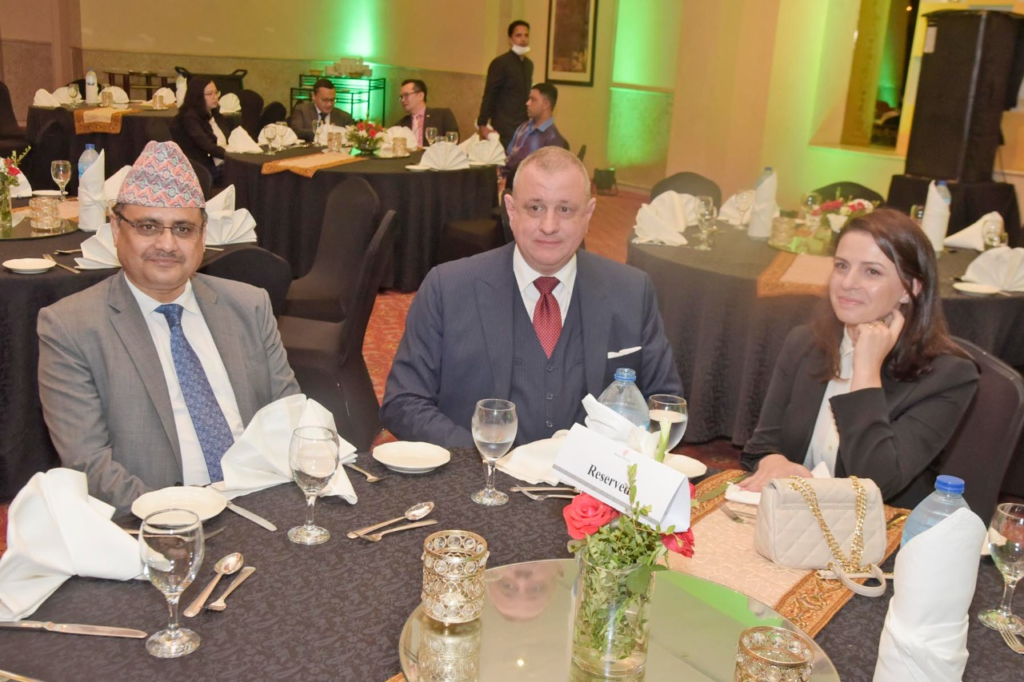 The ICCI president said that the country was currently facing great economic challenges due to which the businesses were also facing significant problems. “We believe that the best way for Pakistan to overcome these economic challenges is to further enhance trade relations with other countries,” he said. 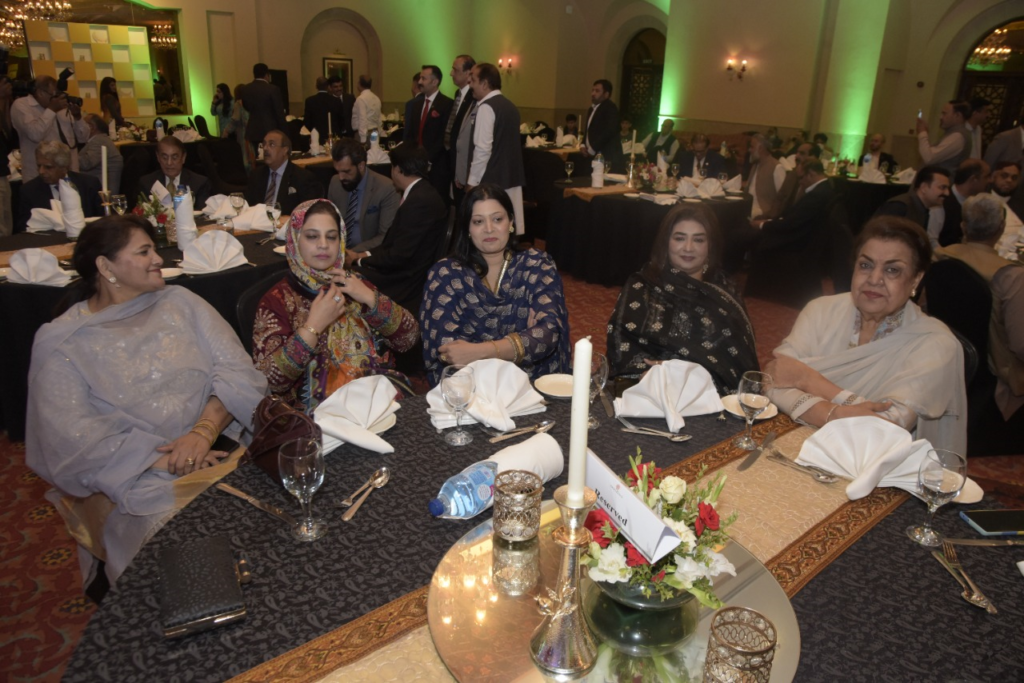 He said the business and industrial sectors were the backbone of the economy. “We believe that Pakistan would achieve better growth when our businesses and industries flourish,” he added. For this purpose, he said, it was important that the government should take more steps to create a conducive environment for the promotion of business and economic activities. 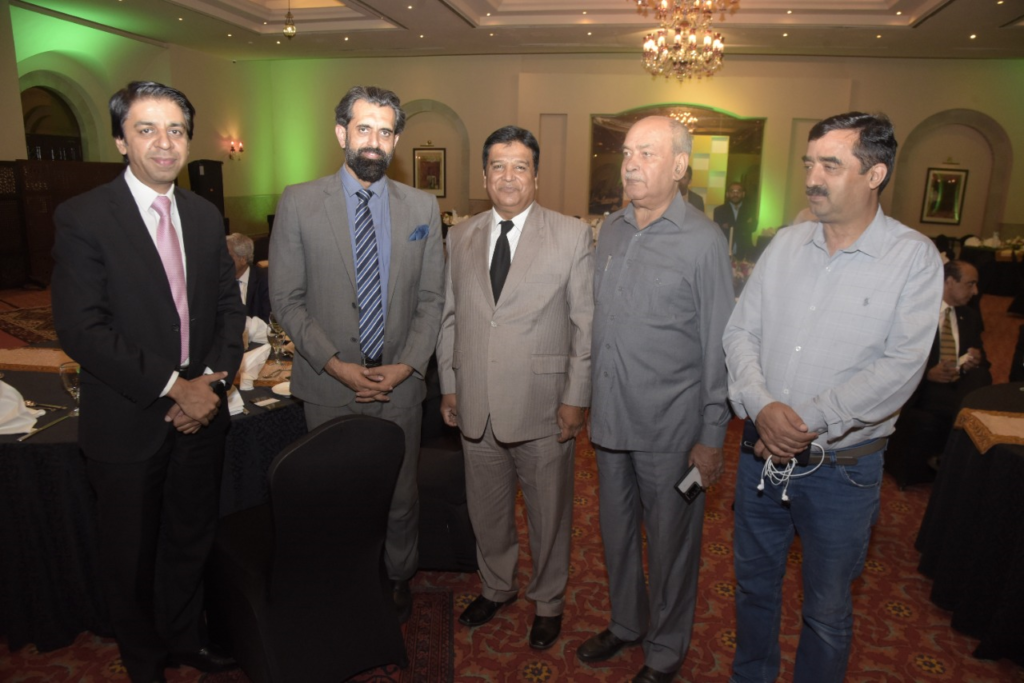 He said the ICCI had always been at the forefront to connect the business community with foreign diplomats so that they could interact with them and explore new opportunities for promoting trade and exports with other countries.

The ICCI produced a number of shining stars who raised the voice of the business community at national and international forums, and played a positive role in addressing their key issues, he said.

Ahsan said that it was a source of great pride for them that former executive member of ICCI Raja Pervaiz Ashraf served as the former prime minister and was at present the Speaker of the National Assembly. He also appreciated the international community for providing generous support to Pakistan for the relief of flood victims. Ahsan said that many countries, including China, Saudi Arabia, Qatar, Turkiye, Uzbekistan, the UAE, the United States and others came forward in this crucial time to support Pakistan.

“I would like the foreign countries to focus on promoting trade with Pakistan instead. It would help our economy in the long run,” he said. He stressed upon the members of the business community to focus on new markets, including Africa, Central Asia, ASEAN, South Asia, Middle East and Europe which offered great potential for promoting Pakistan’s trade and exports.

He said, “I hope that the foreign diplomats would also help our private sector in such efforts. I would like to invite and welcome all the ambassadors, high commissioners, and commercial counselors to visit the ICCI during my tenure. “I want to make a new beginning for promoting Pakistan’s trade ties with foreign countries for achieving mutually beneficial results,” he said.

“I hope that I will take forward the legacy of my father to further strengthen the trade and economic relations of Pakistan with potential world markets,” he said.

At the end of the ceremony, shields were distributed among diplomats and senior members of Islamabad Chamber of Commerce and Industry.

Easy on your pocket – Redmi A1+