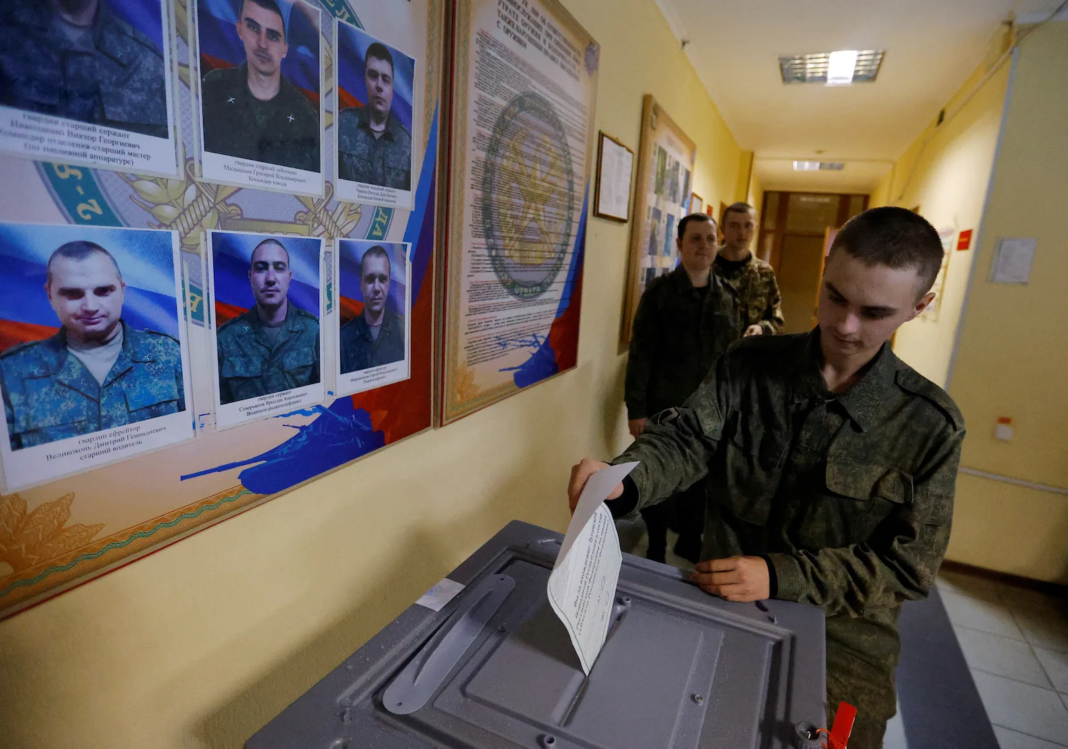 KYIV: Russia launched referendums on Friday aimed at annexing four occupied regions of Ukraine, raising the stakes of the seven-month-old war in what Kyiv called a sham that saw residents threatened with punishment if they did not vote. Ukrainian officials said people were banned from leaving some occupied areas until the four-day vote was over, armed groups were going to homes to force people to cast ballots, and employees were threatened with the sack if they did not participate. “Today, the best thing for the people of Kherson would be not to open their doors,” said Yuriy Sobolevsky, the displaced first deputy council chairman of Kherson region. The votes on becoming part of Russia were hastily-organised after Ukraine earlier this month recaptured large swathes of the northeast in a counter-offensive. With Russian President Vladimir Putin also announcing a military draft this week to enlist 300,000 troops to fight in Ukraine, the Kremlin appears to be trying to regain the upper hand in the grinding conflict since its Feb. 24 invasion. By incorporating the four areas, Moscow could portray attacks to retake them as an attack on Russia itself– potentially using that to justify even a nuclear response. Putin and other Russian officials have mentioned nuclear weapons as an option in extremis: a terrifying prospect in a war that has already killed tens of thousands of people, uprooted millions and pummelled the global economy. Voting in the provinces of Luhansk, Donetsk, Kherson and Zaporizhzhia in the east and southeast, representing about 15% of Ukrainian territory, was due to run from Friday to Tuesday. Serhiy Gaidai, Ukraine’s Luhansk governor, said that in the town of Starobilsk, the population was banned from leaving and people were being forced out of homes to vote. In the town of Bilovodsk, a company director told employees voting was compulsory and anyone refusing to take part would be fired and their names given to security services, he added. Calling the event “elections without elections,” Gaidai said people were being forced to fill out “pieces of paper” without privacy in kitchens and yards, with towns sealed off. “The mood of the Russians is panicky because they were not ready to carry out so quickly this so-called referendum, there is no support, there’s not enough people,” Kherson’s Sobolevsky said on messaging app Telegram.

Children in the DPR Korea

Spokesman Report Kim Jong Un, President of the State Affairs of the Democratic People’s Republic of Korea, cherishing the ennobling view that only when children smile...
Read more
International

Spokesman Report Dear ladies and gentlemen! Dear guests! First of all, I give a warm welcome to all participants at the First Plenary Session of the Foreign...
Read more