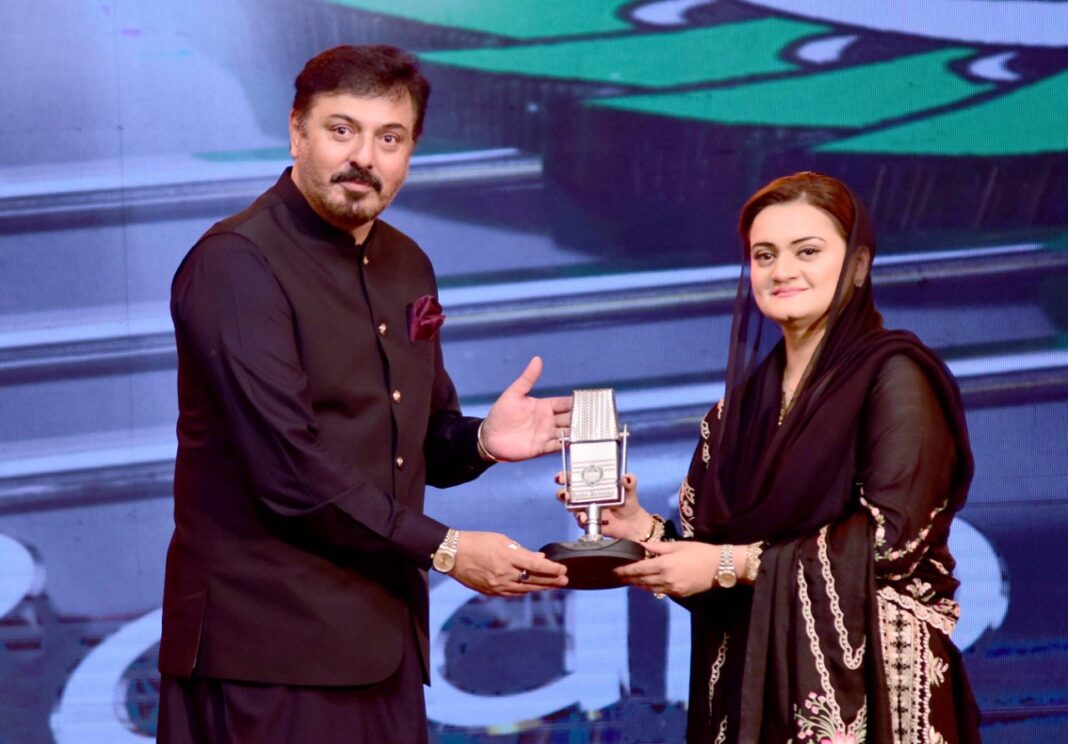 ISLAMABAD: Radio Pakistan organized a colorful Diamond Jubilee Awards 2022 ceremony in Islamabad to honor and recognize the services of its legendary artists.

It was after a gap of long time that the national broadcaster organized the awards ceremony.

Minister for Information and Broadcasting Marriyum Aurangzeb who was chief guest on the occasion, described Radio Pakistan and PTV as the country’s asset saying they have contributed immensely to promotion of tolerance and tranquility in the society.

The Information Minister said the artists of Radio Pakistan through their voices played a significant role in inculcating good personality traits and creating a congenial environment. She noted that every household has memories of Radio Pakistan.

Marriyum Aurangzeb said the reason behind holding the Diamond Jubilee Awards 2022 ceremony was to honor the services of these artists. She said this awards ceremony shall be made a regular feature, saying  only those societies thrive who accord respect to their artists.

The Information Minister was appreciative of the fact that Radio Pakistan and PTV remained resilient and kept their presence in the face of difficult financial situation. Giving credit to their strong and solid foundation, she said we express the commitment that these institutions will stay intact.  She said Radio Pakistan and PTV are not stations but they are like a home.

The Information Minister also asked the new artists to benefit from the old archives of Radio Pakistan and PTV for the purpose of learning and training. She said an app is being created which will enable our people to see the content of PTV.

In his remarks on the occasion, Director General Radio Pakistan Sohail Ali Khan said Radio Pakistan over the last seventy five years has truly represented the ideology of Pakistan and greatly contributed to promotion of national solidarity.  He said during war times also, the national broadcaster stood shoulder to shoulder with the armed forces to foil the sordid designs of the enemy.

The Director General said the broadcasts of Radio Pakistan reach ninety five percent of the total area. It is broadcasting programs both in national and regional languages.  He said Radio Pakistan increases the duration of its broadcasts especially during emergency situation and calamities. He said the national broadcaster also has effective presence on social media platforms including twitter, facebook, YouTube and Instagram.