President: We, living now grateful descendants, will always be proud of the exploits of our fathers 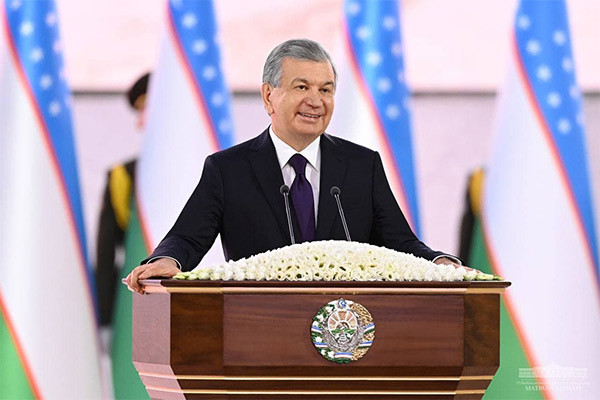 Tashkent, Uzbekistan: A festive event was held in the amphitheater of Victory Park in connection with 9 May, the Day of Remembrance and Honor.

The President of Uzbekistan Shavkat Mirziyoyev congratulated all veterans, all our people on the Day of Remembrance and Honor and the 76th anniversary of the Victory in World War II.

World War II was the largest and most destructive war in human history. It was attended by 62 states out of 73 that existed in the world at that time, this is 80 percent of the world’s population. In the hostilities, which were directly conducted on the territory of 40 countries of Europe, Asia and Africa, 110 million mobilized took part, as a result of the war 70 million people died.

The unsurpassed courage and resilience of our grandfathers and grandmothers, who fought in that war and selflessly worked in the rear, are forever inscribed in the history of mankind.

– We, living now grateful descendants, will always be proud of you, our brave fathers. In these exciting moments, we all bow our heads to your merits in the reconstruction and development of the country after the war. No matter how many years and centuries have passed, our people will always keep in their hearts the memory of your heroic struggle against fascism, and this feat will forever remain an example for young people, ”the President said.

At the beginning of 1941, the population of Uzbekistan was over 6.8 million. Of these, about 2 million went to the front. More than 500 thousand of them died heroically in the battles.

– We remember these numbers every year. But these are not just numbers, behind them are the lives of our mothers and grandmothers, brave and courageous fathers, deep sorrow and grief in the hearts of all our people. No numbers, no words can express this pain and sorrow, – said the head of our state.

More than 1.5 million elderly people, women and children affected by the war were evacuated to our republic. Among them are over 250 thousand orphans.

– Our people in the most difficult years of the war showed their high humanistic qualities. He sheltered and shared the last piece of bread with hundreds of thousands of people of different nationalities brought to Uzbekistan, showed compassion and humanity to them. This great feat, the broad soul of our people have earned respect throughout the world. And we should be proud of this, – said Shavkat Mirziyoyev.

It was emphasized that today the idea of fighting for peace based on the lessons learned from the tragedies of war is becoming more relevant than ever. In accordance with its strategy, Uzbekistan is committed to preserving peace and stability, interethnic and interfaith harmony, and further strengthening its state independence.

The event was televised. The head of state talked with the participants of the holiday and veterans who gathered in the studios in the Republic of Karakalpakstan and regions.

Then Shavkat Mirziyoyev greeted the war and labor veterans who were present at the event, wished them health and long life. The veterans read a dua wishing peace to the country and prosperity to our people.

The President, together with the veterans, watched the festive concert