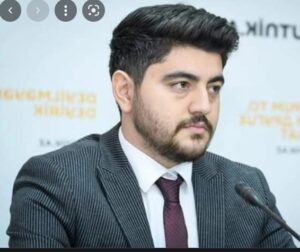 The President attended an international conference: what was discussed?
On April 29, ADA University hosted an international conference on “South Caucasus: Development and Cooperation” attended by President of the Republic of Azerbaijan Ilham Aliyev and 40 participants from 23 countries.
The conference was very interesting both in terms of the questions addressed by the participants to President Ilham Aliyev and the answers given by the President to the questions addressed to him. The full and detailed answers given by the President to the questions of 40 conference participants from 23 countries once again proved his political literacy, as well as his high level of knowledge about the processes taking place in the world.
Borders will be determined by these maps
First of all, I would like to note that many questions were addressed to President Ilham Aliyev at the international conference on “South Caucasus: Development and Cooperation.” As well as questions, the president’s answers also drew attention. I think one of the most interesting questions at the conference was Dr. Veli Kaleci, a senior researcher at the Center for Central Asian and Caucasus Studies in Tehran, who asked, “Which official map of the USSR was used to determine the borders between you and Pashinyan and Putin?” – That’s the question.
The question addressed by Veli Kaleci to the President is in fact the main question of both local and foreign experts in recent days. The point is that it was clear that the delimitation of the border between Azerbaijan and Armenia would be carried out on the basis of USSR maps. However, it was not clear how many years the maps would be referenced. On the other hand, there are differences between official Baku and Yerevan in this direction. Thus, the delimitation of borders on the basis of maps left over from the USSR is not in the interests of Armenia in general. Because in those maps, enclaves, exclaves are reflected in issues such as 7 villages of Gazakh.
President Veli Kaleci’s answer to the question clarified this issue. The President made it clear, “Our position is that we will take all the maps, for example, from 1918 or earlier, until the collapse of the Soviet Union in 1991. But, of course, it will be part of the discussions of our joint working group. ” The President clearly sends a message that yes, we have no eyes on the lands of other countries, but if Armenia does not recognize Karabakh as the territorial integrity of Azerbaijan, official Baku will do the same, and issues such as Zangazur and Goycha will come up again. Historical facts about Zangazur, Goycha and Yerevan, which were given to Armenia in the early twentieth century, have already been raised at the highest level.

Pyongyang -- A spokesperson for the DPRK Foreign Ministry Saturday gave the following answer to a question put by KCNA as regards the fact...
Read more
International