Plane with 72 People On Board Crashes in Nepal 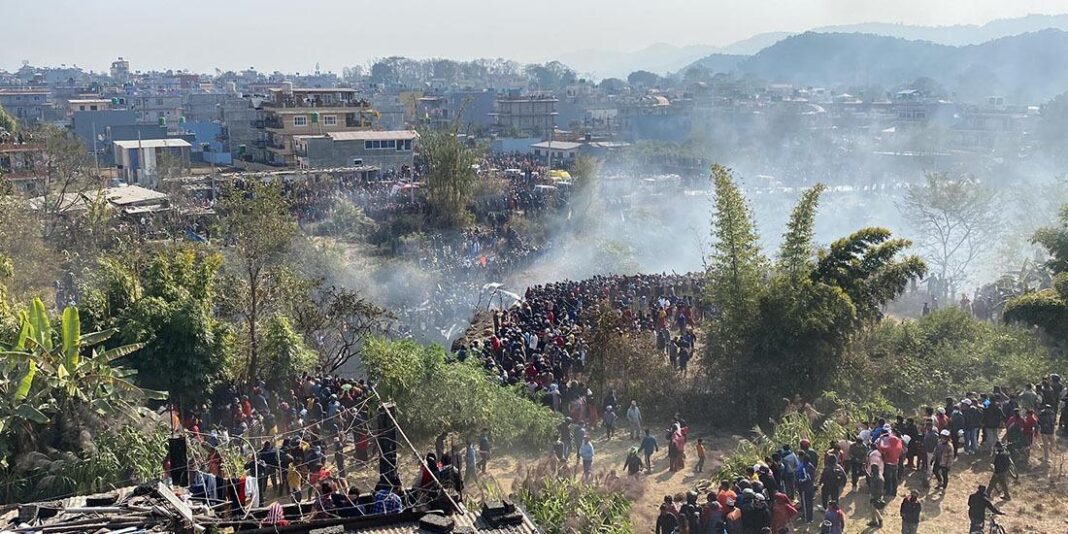 Islamabad: A passenger plane, ATR-72, carrying 72 people onboard, crashed in Nepal’s Pokhara on Sunday. The flight was en route from Kathmandu to Pokhara. The plane took off from Tribhuvan International Airport at 10:33 am today. It reportedly crashed ten seconds before landing at the airport and everyone onboard is reported to be dead.

The aircraft crashed into forested land located on the banks of the Seti Gandaki river that flows between the old domestic airport and Pokhra International Airport.

The plane caught fire as it crashed and rescue workers were trying to put it off. The passenger manifest shows 11 of the passengers onboard were international visitors and three of them were infants.

“53 Nepalis, five Indians, four Russians, one Irish national, two Koreans, one Argentinian and a French national were on board at the time of the mishap,” Airport authority officials said.

The government has called an emergency meeting of the cabinet, following the passenger aircraft crash at Pokhara Airport.

“It was an ATR 72 plane turbo crop with a maximum speed of 500 kmph. They are made to fly at low altitudes, and the Yeti airlines use mostly old planes,” said sources in the Nepal aviation authority, further adding that the matter will be probed.

As many as 68 passengers and four crew members were onboard the Yeti airlines aircraft that crashed between the old airport and the Pokhara International Airport .