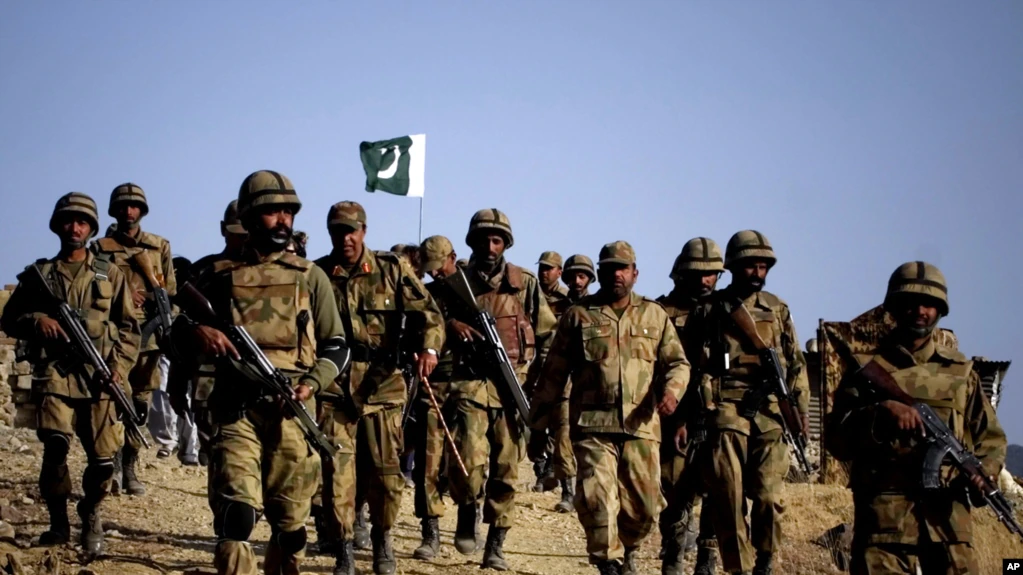 Historically, the role of Pakistan’s forces in establishing world peace and healing the wounds of humanity has been a proud one. Pakistan became a member of the United Nations in September 1947. For the first time in 1960, the Pakistani contingent led by Colonel Naseer performed duties in the Congo. In the last six decades, 200,000 soldiers of the Pakistan Army have participated in 46 UN missions in 28 countries and even today, 6,000 soldiers of the Pakistan Army are engaged in making the name of the motherland shine in 19 countries. As a whole, it has contributed to the restoration of public order in the troubled countries of the world, the rule of law, the provision of food and medical aid to the starving population, and the development of economic and social welfare. The positive role of the Pakistan Army can be estimated from the fact that the Pakistan Army ranks third in the world in terms of serving in the United Nations peace-keeping missions. Pakistani troops have performed excellent services in the field of peace and reconciliation in countries surrounded by mutual conflicts like Somalia, Bosnia, Sudan, Namibia, Cambodia, Sri Leone, Yemen, Kuwait, Rwanda, and thanks to their role, they have earned respect in the United Nations. Pakistan forces have also sacrificed 156 precious lives in this war of peace and harmony and welfare of humanity on the planet. In June 1993, during the performance of duties in Somalia, General Farrukh Hadid’s Malaysia ambushed and martyred 24 Pakistani soldiers, including a female fighter, despite this loss of life, the Pakistan Army continued to perform its duties and returned home after its completion in 1995. Although the US Army’s “Black Hawk” helicopter was shot down during the Olympia Hotel parade, when it was dropped, the Americans thought it was safe to call back their troops. Acknowledgment and appreciation of this role of the Pakistan Army can be gauged from the words of Colonel Albert Joso, Defense Adviser of Sri Leone, “Pakistan’s flag will always fly in peace that the Pakistan Army has built for our future generation so that the new generation should remember that Pakistan played a memorable and proud role in our national reconstruction”.

According to the index released in January 2021 of the Global Firepower Index, Pakistan Army has become the 10th most powerful army in 138 countries of the world, surpassing Canada, Australia, Germany, Iran, Indonesia and Israel. In this index, America is first, Russia is second, China is third, India fourth, Japan fifth, South Korea sixth, France seventh, United Kingdom eighth and Brazil ninth. In terms of forces, the People’s Republic of China tops the list with 2.19 million troops, while the United States ranks second with 1.4 million troops. The report takes into account military and economic power as well as transportation capacity, manpower, population and geography. Pakistan Army has always had superiority over Indian Army, though less in number, but superiority in quality has always belonged to Pakistan Army.

Historically, intelligence has been the backbone of any military for preemption and timely countermeasures of enemy offensive intentions. In today’s era, accurate military decision-making in the blink of an eye is of dual importance in changing the tide of war and gaining superiority. The world’s leading intelligence agency has compiled a list of the best intelligence agencies in the world, Pakistan’s ISI is at the top. According to this list, Australia’s ASIS is at the ninth position, India’s RAW is the eighth, Germany’s BND is the seventh, France’s DGSE is the sixth, Israel’s MOSSAD is the fifth, Russia’s FSB is the fourth, China’s MSS is third, Britain’s SIS is second, America’s CIA and Pakistan’s ISI are first. Superiority and ability is something that the enemy should admit. Spokesperson of Pakistan Army while acknowledging the professionalism and superiority of I.S.P.R, India’s Lt. General (R) RAJESH says, “Instead of talking about rhetoric, we need to learn the war of rhetoric from ISPR, whose arguments are heard with seriousness and confidence around the world.”

This overview is presented as the services of the Pakistan Army in the social sector. Be it the 2005 earthquake or the killings and riots in Karachi, the Pakistan Army has always actively participated. In the earthquake of 2005, when the earthquake struck the northern regions and Kashmir, the proud soldiers and officers of the army reached there first and played their role in evacuating the injured people buried under the buildings. Similarly, in 2010, when floods wreaked havoc across Punjab, the brave officers and soldiers of the Pakistan Army came to the aid of the flood victims. The recent flood, breaking the thirty-year record, has severely affected three thirty million people in Balochistan, Sindh, KPK,GB and South Punjab. At this time, 60% of the country’s population is surrounded by floodwaters, humanity is sighing. On August 1, 2022, Corps Commander Balochistan General Sarfraz Ali proved to the world by martyrdom during the relief campaign for the flood victims in Lasbela along with six of his colleagues. They also proved that every member of the Pakistan Army, whether he is a general or a common soldier, is a supporter of his country. They sacrifice their lives not only defending the country, but even if the nation suffers from a calamity on earth or in the sky, they still do not hesitate to sacrifice their lives. On the day when the top Army officers were martyred, no political figure along with the organizations belonging to the social sector had any idea of ​​how much destruction the floods have caused in Balochistan. Since this incident, Army Chief General Qamar Javed Bajwa has forbidden himself peace and quiet, one of his steps takes place in Balochistan, the second in Sindh, the third in KPK and the fourth in the disaster areas of South Punjab. A few days ago, a team of ours reached the counter of Artillery Center Attock with food item and other relief materials to help the flood victims where we had a detailed meeting with Major Zain of the Pakistan Army. His eyes were red, his hair was tangled, but his face was smiling. The way he welcomed our delegation was very wonderful and encouraging. He thanked the Pakistani nation and said that at this time it has become the national duty of every citizen of Pakistan to resettle millions of Pakistanis drowned in floods. It can be estimated that how much interest the Pakistani Army is taking in treating and providing relief to the sufferings of Pakistani brothers and sisters and children and the elderly. Similarly, the Pakistan Army is performing its official duties by establishing flood relief camps across the country. The Pakistani nation should give maximum supplies to the relief camps established by the Pakistan Army so that timely relief can be provided to the flood victims.