Inflation to remain at around 8%: Tarin 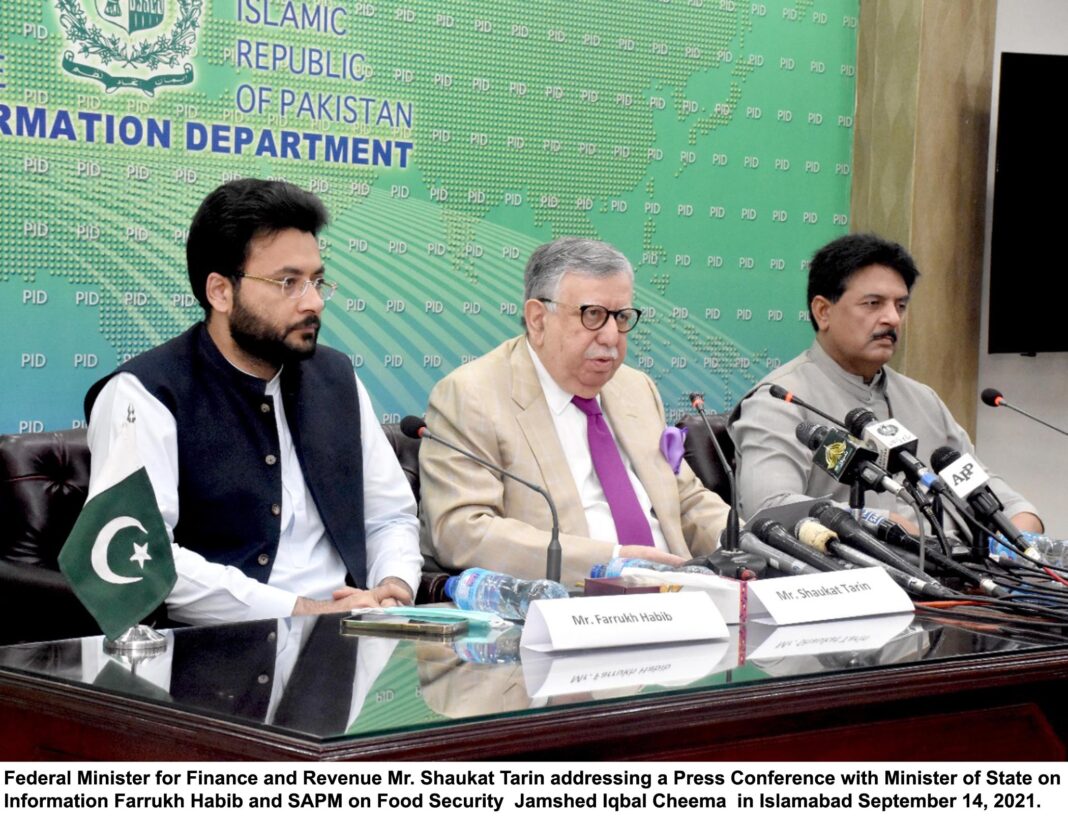 ISLAMABAD: Federal Minister for Finance and Revenue, Shaukat Tarin said Tuesday that the country’s net public debt was on declining trend and reduced to 81.8 percent of debt-to-GDP ratio during the fiscal year 2020-21, expecting that it would come further down during the current fiscal year.

Addressing a press conference here the minister said that net debt was recorded at 86.8 percent of Gross Domestic Product (GDP) during fiscal year 2019 whereas it stood at 85.7 percent of GDP during FY2020, which indicated that it was on declining trend during the last three years of the incumbent government. The minister, who was accompanied by Minister of State for Information Farrukh Habib and Special Assistant to Prime Minister on Food Security, Jamshed Cheema, however said that the debt was recorded at 74.1 percent of GDP during the fiscal year 2018.

Explaining some underlining reasons for increase in public debt, the minister said that when Pakistan Tehreek-i-Insaf assumed power in 2018, it had to go to International Monetary Fund (IMF) programme, which he said led to devaluation of rupee from 104 to 167and increase in discount rate to 13.25. Hence, this enhanced debt servicing form Rs 1500 billion to Rs 2900 billion instantly, which enhanced the public debt, the minister added. Giving absolute figures of net debt during the last four years, the minister said that currently the country’s net debt stood at Rs39 trillion compared to the net debt of Rs35.6 trillion in Fy2020, Rs33 trillion during FY2019 and Rs25.7 trillion during FY2018.

The minister said that there has been gradual increase in foreign exchange reserves held by the State Bank of Pakistan. Briefing about inflation, the minister said the government had tried its best not to pass on international prices impact on people, saying that the prices of various commodities were still low as compared to international and regional markets.