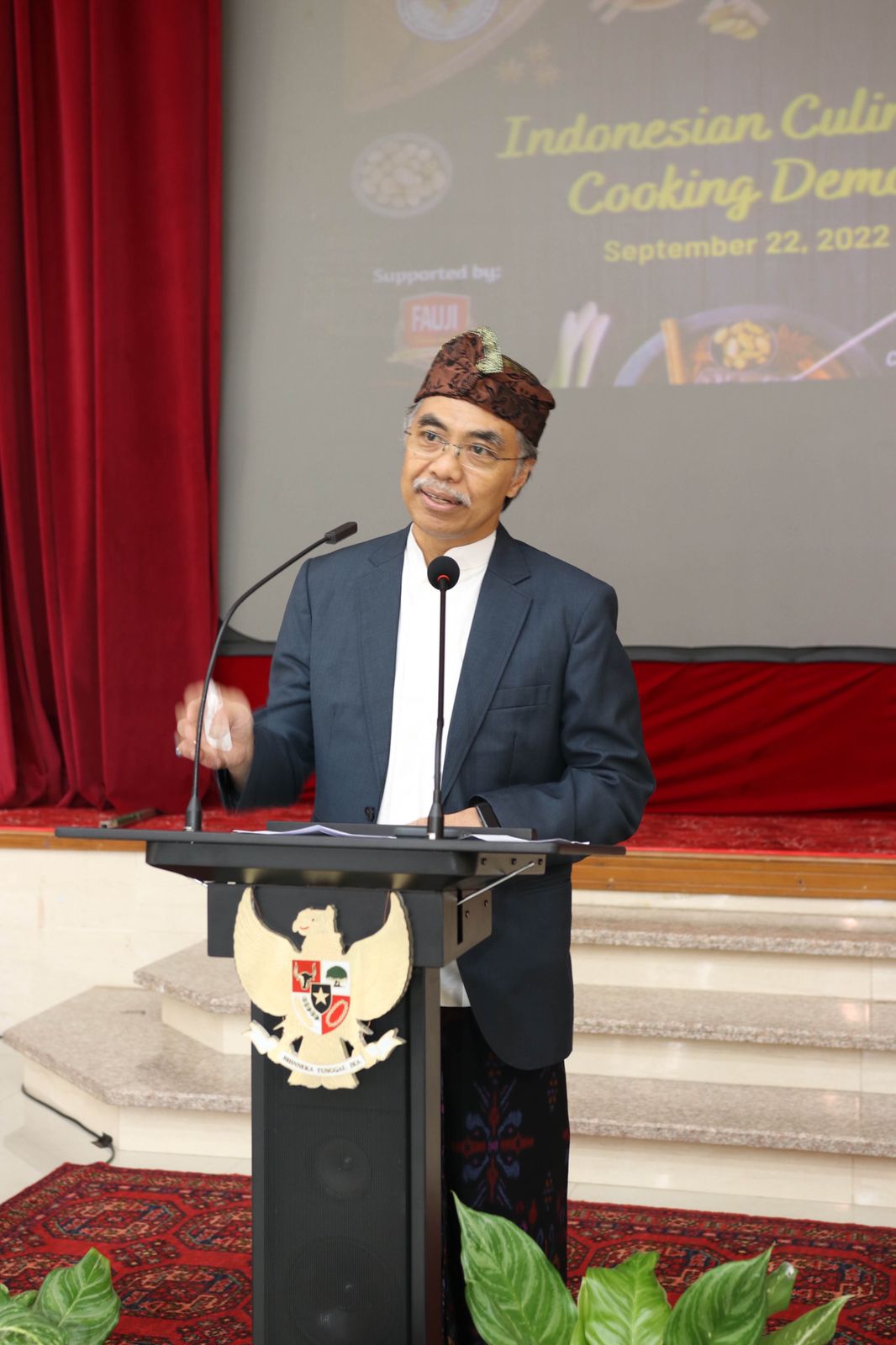 ISLAMABAD: The Embassy of the Republic of Indonesia and the Waheed group collaborated to host a joint fund-raising event in the form of an Indonesian culinary cooking demonstration in order to show solidarity with the people of Pakistan who have been affected by the flood disaster. 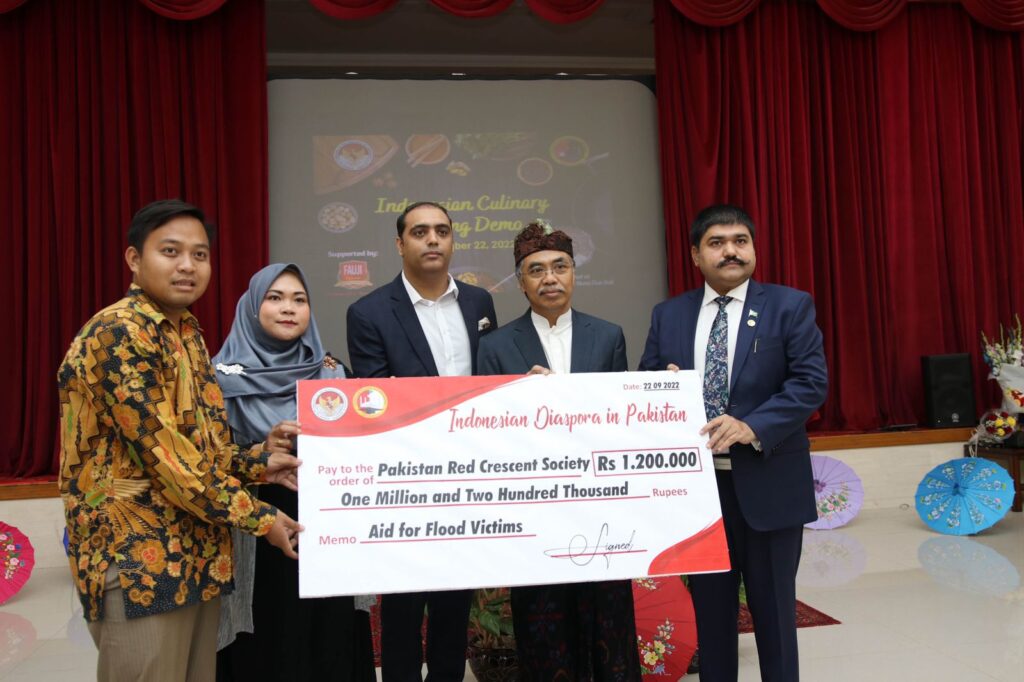 The Indonesian Cooking Culinary demonstration was attended by the diplomatic corps with spouses, representatives from the Ministry of Foreign Affairs, the Director of the Waheed group, the Chairman of the Pakistan Red CrescentSociety, restaurant owners, the business community, the Indonesian student association in Pakistan, and the Indonesian Diaspora.

The fundraising activity with the Indonesia Culinary Demo featured the famous Chef Budiono, who is currently working as the Executive Chef in Marriott, Nusa Dua Bali, and has had professional expertise in cooking for more than 28 years. He also participated as a Master Chef in the Professional UK contestant series in 2021, and the following year, in 2022, he was a guest judge in MasterChef Indonesia. Chef Budiono introduced Betawi (beef soup), Maranggi chicken satay (chicken tikka), fried noodles, and bakwan (pakora). 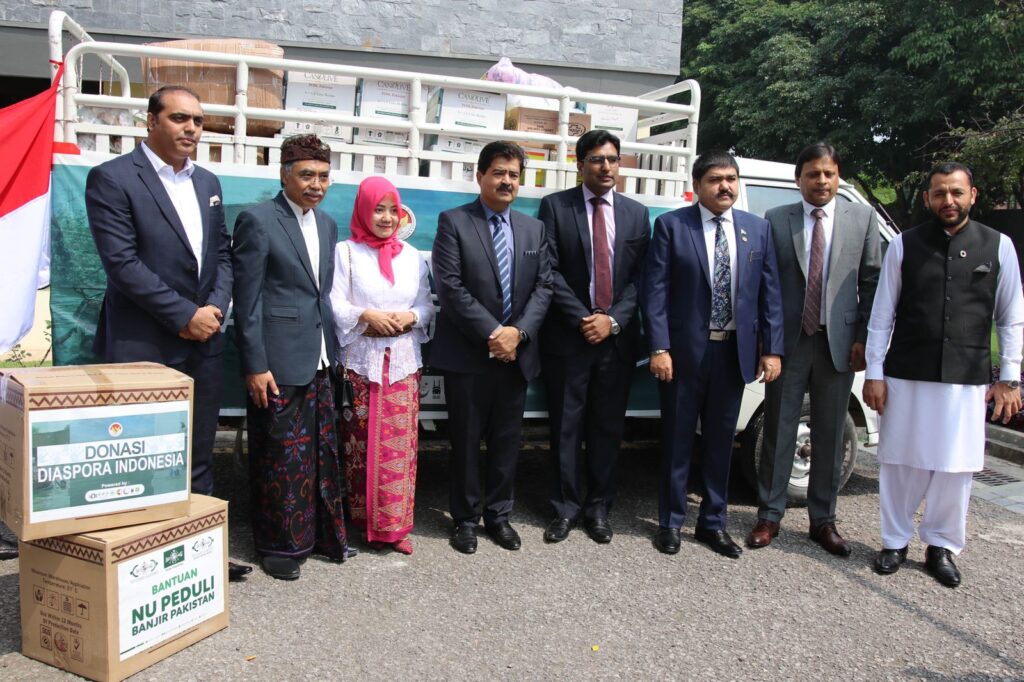 All Indonesian cuisines were made with the spices available in Pakistan. Ambassador Tugio said, “many spices such as nutmeg, cloves, and pepper used in famous Pakistani Garam Masala, a combination of 11 spices, also come from Heartland of Spices, Indonesia ‘’. The Embassy has organized this event in line with the Indonesian government’s program called ‘Indonesia Spice Up the World (ISUTW)’ to promote local spices and cuisines, especially at the international stage to boost spice trade activities, he added.

This culinary promotion activity is part of the implementation of the Indonesian Spice Up The World program. The Indonesian Embassy in Islamabad is also finalizing a coffee table book, “Indonesia Spice Up Pakistan: Winning Hearts and Minds Through Foods and Flavors”. The book, which is expected to be published in October 2022, captures the opportunity to increase exports of Indonesian spices to Pakistan, and at the same time introduces the culinary arts of the archipelago to the 5 super tourist destinations in the country

Spokesman Report Karachi: The third and fourth batch of humanitarian assistance from the people and the Government of Indonesia for people of Pakistan have arrived in...
Read more