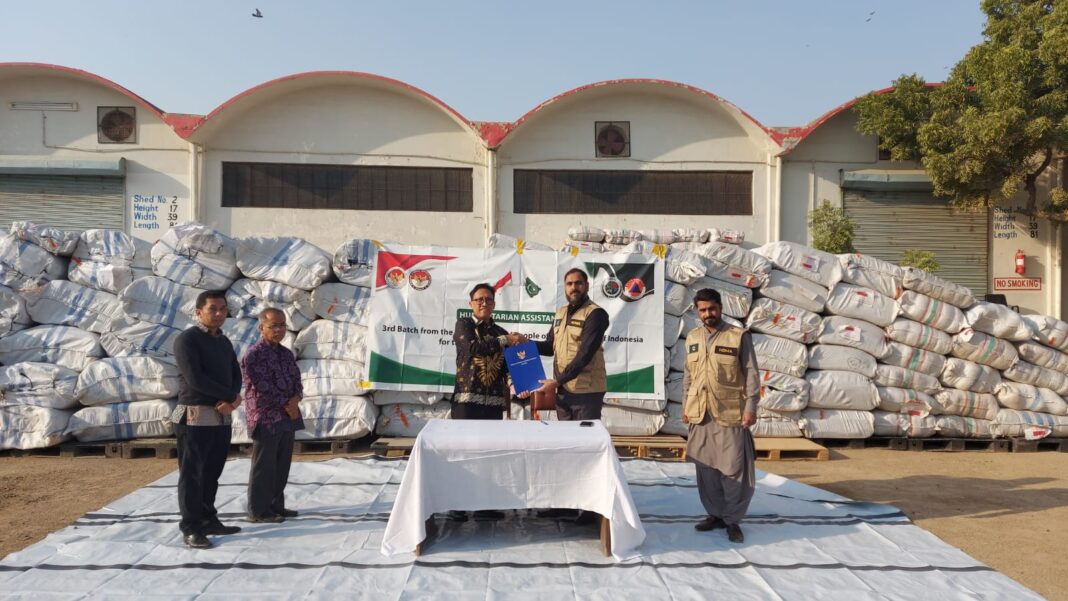 Karachi: The third and fourth batch of humanitarian assistance from the people and the Government of Indonesia for people of Pakistan have arrived in Karachi. The logistics worths around USD 193.000 contains hygiene kits, tents, clothes, blankets, sleeping bags, and mosquito nets with total weigh of 15 tons. 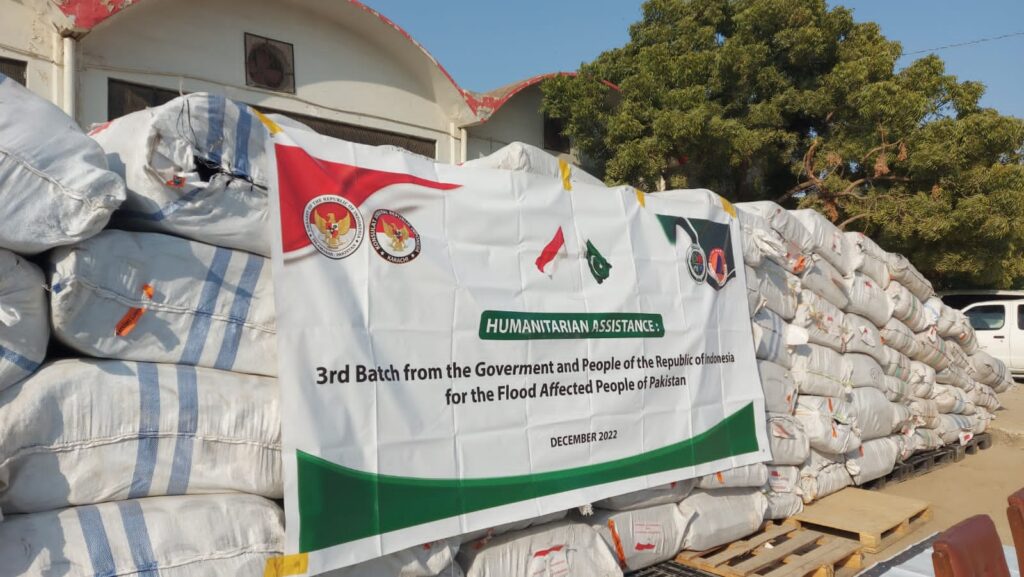 The two governments signed grant agreement on 22 December in which the Indonesian government presented assistance amounting to around USD 1 Million to NDMA of Pakistan. The grant previously pledged by President Joko Widodo during telephonic conversation with PM Shehbaz Sharif will be utilized in the recovery and rehabilitation of the most vulnerable population in the aftermath of the 2022 Pakistan Floods.

Floodwaters continue to recede in many flood-affected areas across Pakistan. Last report of UN on 06/12 indicated around 11 districts of Sindh and 2 districts in Balochistan are still submerged.

As the two biggest Muslim majority countries, Indonesia and Pakistan have strong bonds of brotherhood and friendship. The two countries have always supported each other at the time of natural calamities. Early on September 2022, the government of the Republic of Indonesia has sent first batch of assistance weighing around 90 tons, followed by the dispatchment of 29 health professionals to the affected areas in Sindh Province.

Maldives & Pakistan diplomatic relationships are based on mutual interest and respect