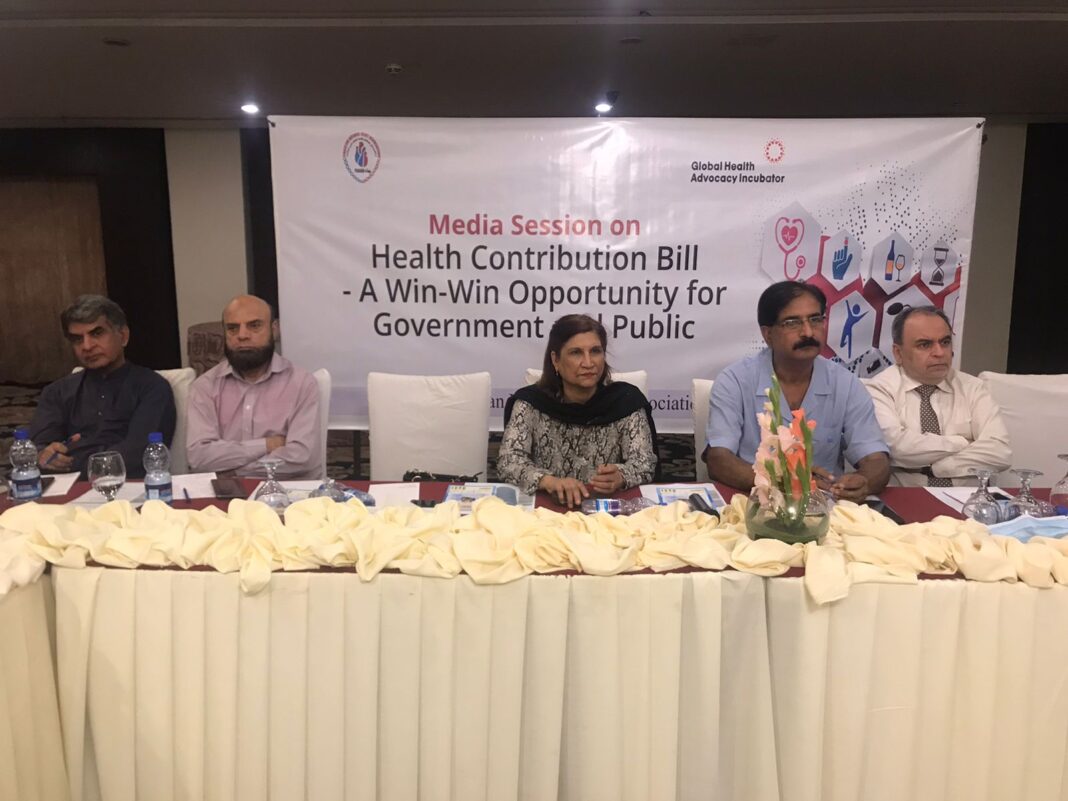 ISLAMABAD: Pakistan National Heart Association at a local hotel in Islamabad organized a seminar to discuss the importance of the Health Contribution Bill to prevent excessive consumption of sugary drinks and how the boll  is a win-win-opportunity for both the government and the people. Event was hosted by Secretary General of Asylum, SanahullahGhaman.

The ceremony was presided over by former Surgeon General Lt Gen (Rtd) Kamal Akbar. The guests included Munawar Hussain, Consultant of Global Health Advocacy Incubator, Dr. Khawaja Masood from Ministry of Health, WHO, Heart File, Civil Society, Health Professionals and many people from the media. Member of the National Assembly of Muslim League (N) SaminaMotoob was the chief guest of the ceremony.

Addressing the ceremony, PANAH Secretary General SanahullahGhaman said that Pakistan National Heart Association has been educating people about heart and related diseases for the past 40 years and the causes that lead to these diseases. Panah is also working with the government to make laws to prevent them so as to give a healthy life to our countrymen and especially children because a healthy nation is the guarantee of a country’s strength. Today’s program is also a link in that chain. Today we will discuss the importance of the Health Contribution Bill to convince the government to pass it, which will reduce the consumption of sugary drinks, which are very harmful to the heart. This is becoming the cause of diseases. It is not a necessity of life and we buy diseases by paying money. Today we will talk about their possibilities by which we can avoid diseases by reducing their use.

Khawaja Masood from the Ministry of Health said that sugary drinks are drinks that contain added sugar. According to the World Health Organization, consumption of added sugars should be less than 10% of total calories. Excessive consumption of these sugary drinks poses great risks to the health of children and adolescents in particular. One of the major reasons for the increase in obesity, diabetes, heart disease and other diseases is sugary drinks, and because of the high consumption of these sweet drinks, today Pakistan ranks third in diabetes in the world and the rate at which it is increasing. Pakistan ranks first in the world. Due to the high consumption of these drinks, not only these diseases are increasing rapidly, but the health burden of the government is also increasing. Pakistan’s annual expenditure on preventing obesity alone is estimated at more than 2640 million US dollars.

Munoor Hussain, Consultant of Health Advocacy Incubator, said that the world has taken some effective measures to reduce the consumption of sugary drinks and protect our people from their harm, we should also benefit from these measures. Among the measures taken by the world for this are awareness of the harms of these drinks as well as increase in taxes on them, ban on their marketing, front of pack labeling and warning signs and school food policy. The countries that implemented them not only reduced the burden of disease in their country but also increased the revenue of the government. When Saudi Arabia imposed a 50% tax on its sugary drinks, consumption dropped by 65%. Similarly, Qatar, Chile, Maldives and many other countries have taken appropriate policy actions to reduce diseases in their countries and not only reduced the health burden but also increased the revenue. Talking in detail about the Health Contribution Bill, he explained how it will help reduce the consumption of sugary drinks, reduce diseases and increase the government’s revenue by 55 billion rupees every year. It is a win-win situation. He said that our government is requested to work on this bill on a priority basis to reduce the consumption of sweet drinks so that we can give our country a healthy nation and a healthy future. Former Surgeon General Kamal Akbar on the government. He emphasized that the government should work on this bill on a priority basis because it is very beneficial for the country and the nation. The rest of the speakers also understood the importance of the bill and emphasized on its implementation. The special guest said that this bill is of great importance. I will raise my voice on this in the assembly and we will stand together in this good work.