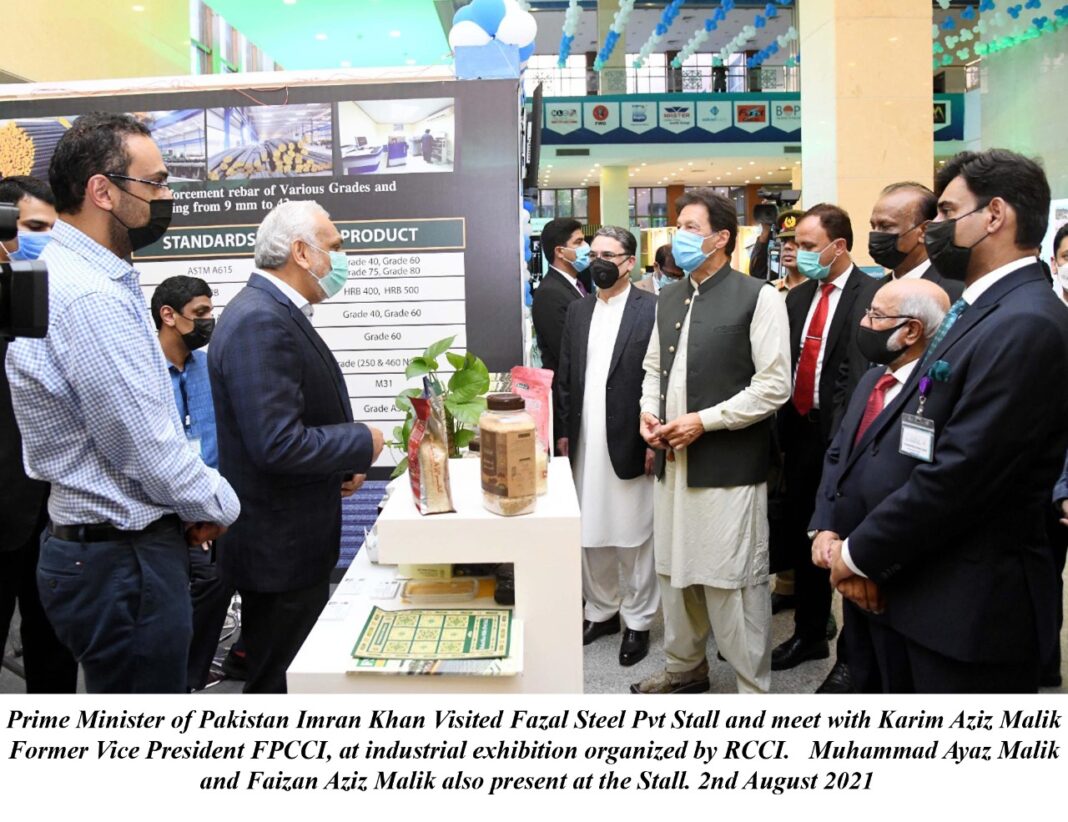 ISLAMABAD: Prime Minister Imran Khan said on Monday the PTI government was bringing a revolution in the construction sector. Addressing the closing ceremony of three-day Interior, Construction, Electrical and Electronics Expo here, the premier said the promotion of the construction sector would boost economic activities and wealth creation in the country.
He said the incumbent government started a house financing scheme for the low-income people to have their own houses. The low-cost housing scheme would give a boost to the construction industry, he added. PM Imran Khan announced that the government would soon launch Kamyab Pakistan Programme for uplift of the weaker segment of society. This programme envisages technical training for one person from each family, health card and interest free loans.
He reiterated his government’s commitment to pull the people out of poverty. The prime minister said the export industry was being given incentives for its growth and wealth creation. This wealth will be used to alleviate poverty in the country, he added. He said the government was also taking steps to mitigate effects of global warming.
Expressing resolve to take Pakistan to its real destination, Prime Minister (PM) Imran Khan said that the current government wanted to change corrupt system in Pakistan. Imran Khan said that government was fully committed to encourage and facilitate different sectors of economy for the purpose of wealth creation to permanently overcome the financial challenges.
The prime minister said that government was vigorously implementing its plans to promote construction industry and incentivized the export sector because when economy moved on, the revenues were generated leading to jobs creation and revenue generation. Sharing his vision for Naya Pakistan, the prime minister said their first priority was to pull the people from poverty as 25 per cent of the total population of the country was living under the poverty line whereas another chunk of 25 per cent was living on the margins of this line.
PM Khan regretted that there was a time when the Asian tigers looked towards Pakistan in terms of progress and development as it was considered ‘as model for development’. “A country like Malaysia followed the model of Pakistan. But then the country went hurtling down from the
path of unprecedented development,” he added. Underling the need to become self reliant, the premier noted that Pakistan was blessed with huge potential and its various entities performed outstandingly in the past. He also said when a system became corrupt, it ultimately putrefy the society. “It is called a system of corruption,” he observed. The prime minister said those countries had become bankrupt where ruling and elite classes reveled in corruption without having rule of law. “In those societies a small fragment of society became richer, pushing the poor segments
into further poverty,” he added.
.Prime Minister convened a huddle to deliberate over the situation developing from the rapid rise of Covid cases. The session, chaired by PM Imran Khan, has been set for afternoon today and is to discuss surging Covid infections in the country where National Command and Operation Center (NCOC) heads, National Institute of Health officials and relevant high level officials.
It is said the Prime Minister would be briefed on Covid vaccination status and health sector standing in the country, while other items on the huddle agenda include the Covid lockdown situation in Karachi ordered by the Sindh government. It may be noted that earlier today, federal information minister Fawad Chaudhry said that the Sindh government was not able to implement Covid SOPs in the province and later decided to impose lockdown on its own.