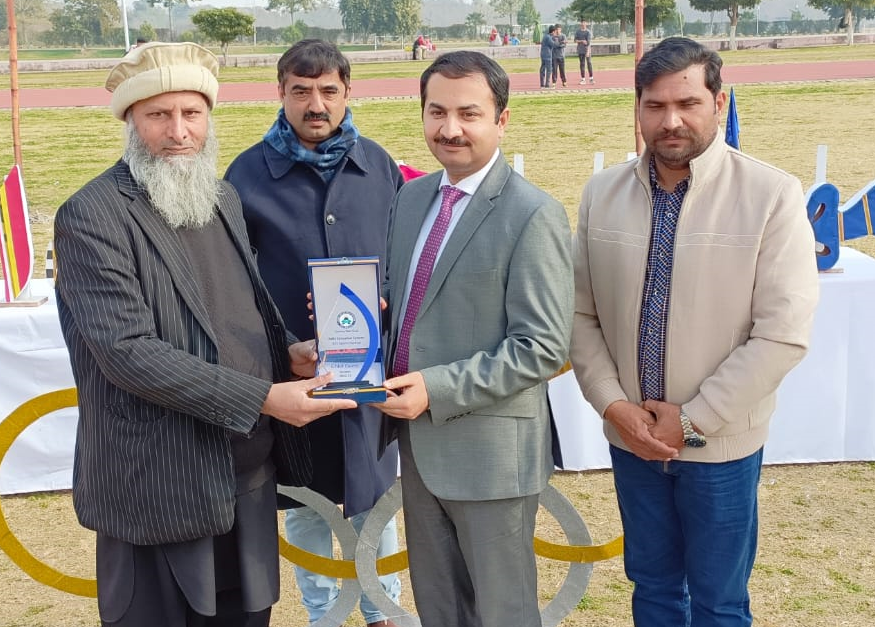 Islamabad : AIMS Education System has celebrated its  Annual Sports Day   with great passion and enthusiasm. The students and staff prepared the day despite the overcast sky and chilling cold windy weather that could not even undermine their efforts.

The celebrations begin with Tilawat-e-Kalam-e-Pak & Naat-e-Rasool-e-Maqbool (S.A.W). Later, the existing crowd with a standing ovation gave tribute to the School Anthem followed by a grand Walk Past performed by the participating students of the day. Flag hoisting was as always, a strong depiction of Unity, Faith, Discipline and   sovereignty of Islamic republic of Pakistan and releasing of colorful balloons and birds was a message of peace, prosperity and freedom. The Torching of sports Cauldron was the next striking memorable moment followed by a magnificent Drill performance of the students.

Speaking at the closing ceremony of the annual sports gala of Aims education system at Pakistan Sports Complex, he said that sports activities significantly boost the mental and physical strength of youngsters which can later help them achieve their dreams in every field of life.

He said the parents should encourage their children to participate in sports activities at younger age which would help them in promoting their morale and mutual confidence. 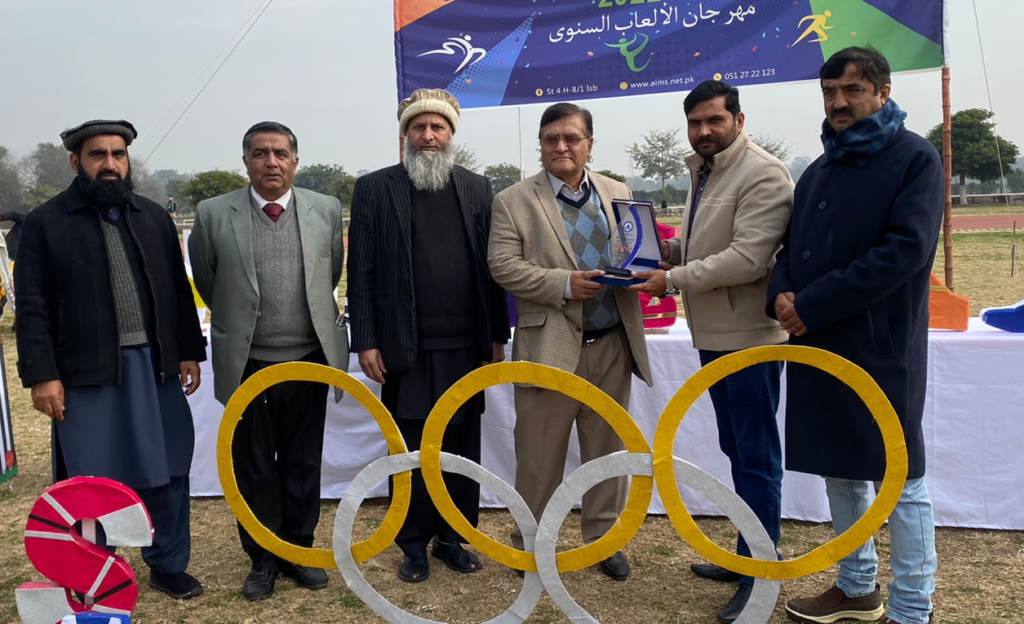 Earlier: Mr. Zafar Bakhatawari shared his views about the vision of the school and encouraged the parents to work along the school in providing conducive facilities to the students who are active in sports and urged the guests to mentor them as and when required. Mr. Bakhtawari lauded the efforts of the school for providing a plethora of sports activities. He also stressed on the need to maintain a balance between academics and sports activities and highlighted the achievements and received a loud round of applause. He also admired the school’s efforts in Character building and exclusive training for the parents and teachers is very rare, which AIMS Education System has adopted as a permanent part of its system.

By Amjad Mehmood Islamabad— The National Highways and Motorway Police (NHMP) reunited a minor girl aged between 4-5 years with her parents at sector M14,...
Read more