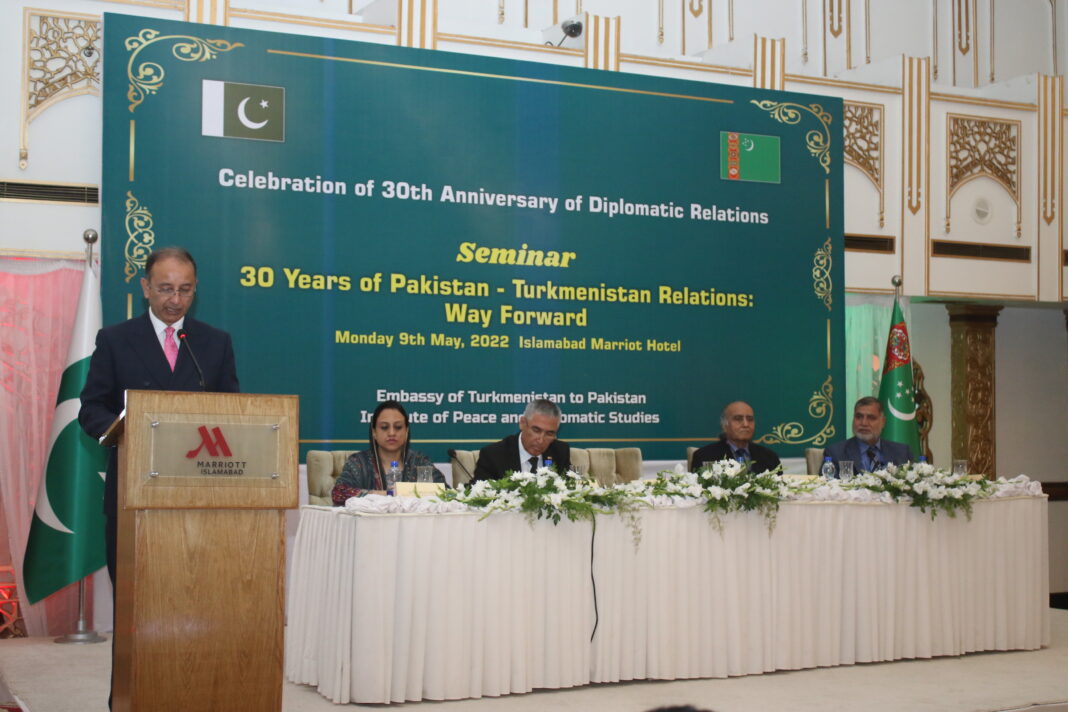 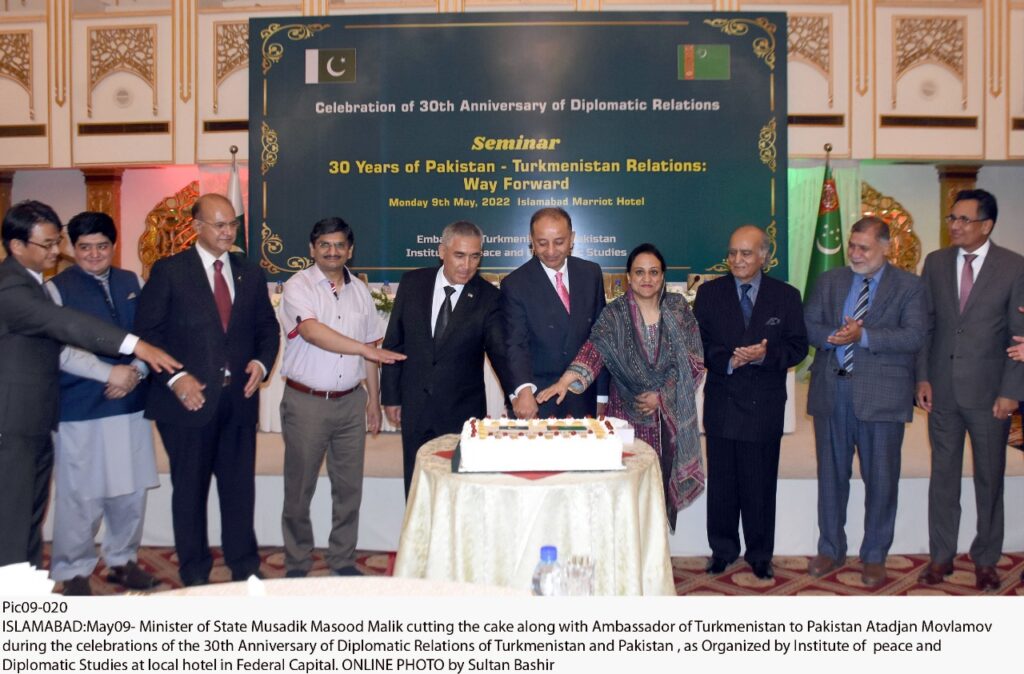 Dr. Muhammad Munir, Associate Professor and Head of Department of International Relations, Muslim Youth University, Farhat Asif, President, Institute of Peace and Diplomatic Studies were delivered speech at the event.
In their speeches, the seminar participants noted that Pakistan was one of the first countries to recognize the independence of Turkmenistan. The country also co-sponsored a number of resolutions of the UN General Assembly initiated by Turkmenistan, primarily “On the Permanent Neutrality of Turkmenistan” and “On the International Day of Neutrality”.
Since the early days of establishing diplomatic relations in 1992, Turkmenistan and Pakistan have embarked on partnerships at the wide range of bilateral relations. Over the years of cooperation between the countries, regular political contacts have been established at the level of heads of state and heads of foreign ministries. Today, our countries are successfully interacting both in a bilateral and multilateral format – within the framework of major international organizations such as the UN, OIC, ECO, the Non-Aligned Movement and other authoritative international and regional structures.
The participants of the seminar also noted that a number of international agreements have been signed between Turkmenistan and the Islamic Republic of Pakistan, which have formed a solid legal framework for productive bilateral cooperation and cooperation on the international arena.
An analysis of bilateral relations indicates the potential of the most favorable prospects for further dynamic development and a wide range of partnerships that are successfully developing in key areas, primarily fuel and energy as well as trade and economic. One of the important projects is the construction of the transnational gas pipeline Turkmenistan-Afghanistan-Pakistan-India (TAPI), initiated by the President of Turkmenistan and launched in December 2015, with an annual capacity of 33 billion cubic meters. The project, which is designed to ensure long-term supplies of Turkmen natural gas, will also serve to strengthen global energy security and make it possible to give additional stability to the entire system of political and economic ties on the continent. In parallel with the gas pipeline, the construction of power transmission line and fiber-optic communication line along the route Turkmenistan-Afghanistan-Pakistan (TAP) is also underway.
The seminar participants also stressed that the prospect of these projects for Pakistan is simply huge, as supplied natural gas, clean electricity and fiber-optic communication line will boost the growing of industry and other sectors of the national economy. In addition to providing clean natural gas and electricity, which will undoubtedly have a positive impact on the environment, the commissioning of the above facilities will create tens of thousands additional jobs in Pakistan and will improve the well-being of people. The creation of jobs is particularly important for Pakistan as a country with a rapidly growing population of more than 220 million, where two-thirds of the population is under the age of 30.
Along with this, there are great prospects between our countries in the field of transport communications. Pakistan can join the link of international transport corridors passing through the territory of Turkmenistan in the directions North–South and East–West.
With the expansion of transport links between Turkmenistan and Pakistan via Afghanistan, there will be created favorable conditions for the transformation of Turkmenistan and Pakistan into a significant chain link in international transport routes connecting the countries of Central Asia, Azerbaijan and the Asia-Pacific region.
The priority area of bilateral cooperation is also the humanitarian sphere, which is a determining factor in the rapprochement of the two fraternal peoples, who preserving and passing on from generation to generation wonderful national traditions, which are their imperishable wealth and great heritage.
In conclusion, the seminar participants stressed that thanks to the personal contribution and attention of the leaders of the two countries, with the continuous efforts and assistance of diplomats of both sides, the Turkmen-Pakistani relations will open a new page in the relations between the two fraternal countries.
The seminar was attended by representatives of the Ministry of Foreign Affairs, foreign diplomats, prominent Pakistani politicians, heads of think tanks and public organizations, universities of Pakistan, businessmen and representatives of media.
Share
Facebook
Twitter
Pinterest
WhatsApp
Linkedin
Email
Telegram
Previous articleDaily The Spokesman May 10 2022
Next articleGerman National Tourism Board to boost GCC visitors with culture and nature at ATM 2022
- Advertisement -