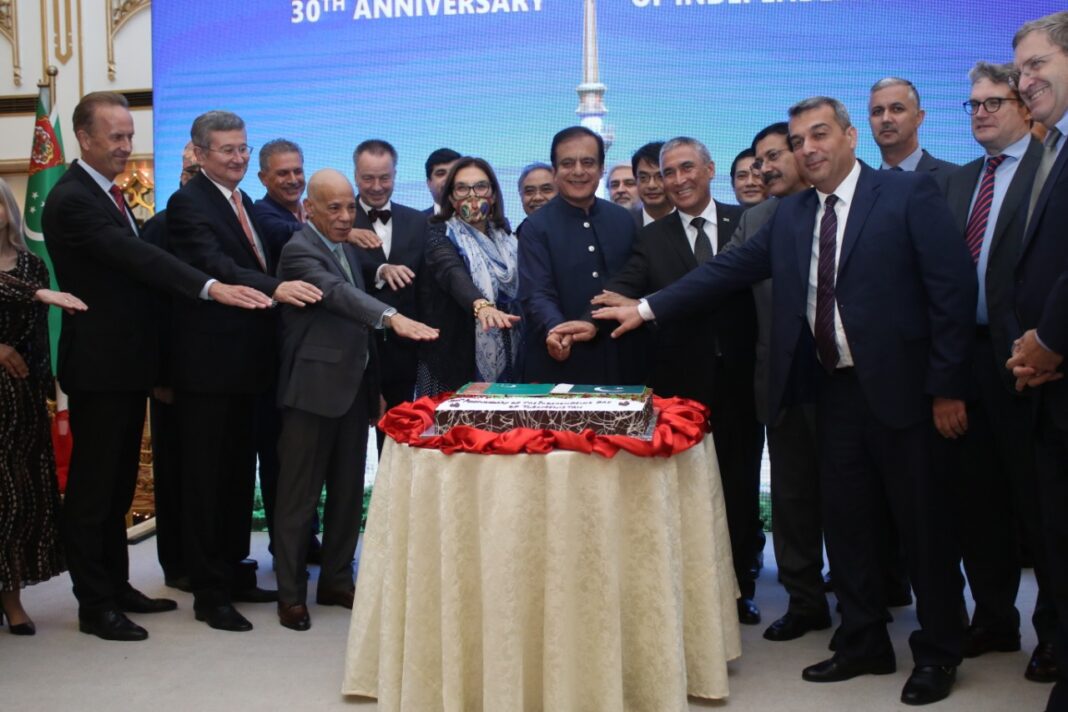 Islamabad :The ambassador of Turkmenistan and dean of diplomatic corps Atadjan Movlamov and his spouse Mrs. Gazel Movlamova   hosted an impressive reception to celebrate the 30th anniversary of his country’s independence at a local hotel in Islamabad.

Federal Minister for Science & Technology Shibli Faraz was the chief guest. National anthems of both countries were played and cake was also cut by the guests. A large number of guests, diplomats, officials and prominent people from various segments of the Pakistani society graced the event .The Turkmenistan ambassador and his spouse warmly welcomed all the guests at the entrance of the hall.

Speaking on the occasion Shibli Faraz  said Pakistan and Turkmenistan have been enjoying friendly relations ever since Turkmenistan declared its independence from the erstwhile Soviet Union thirty years ago. He said the two countries are cooperating in various fields to their common benefit and are desirous of expanding the sphere of bilateral cooperation to other fields. Currently the most important project being undertaken by Pakistan and Turkmenistan is a gas pipeline project titled as TAPI. 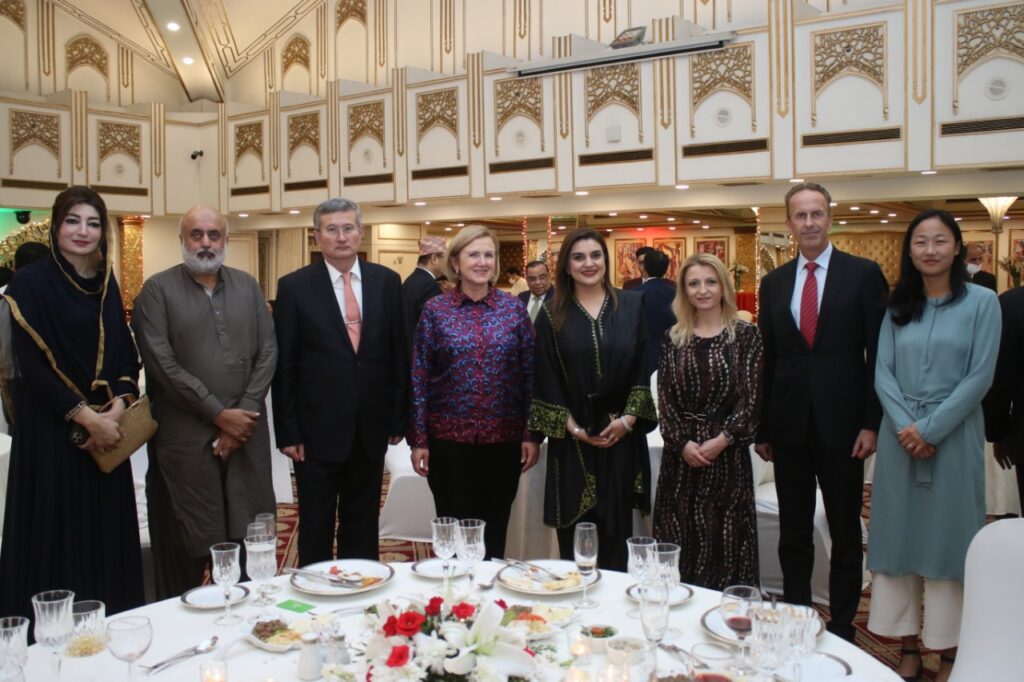 Minister for Science & Technology said Turkmenistan has huge gas reserves which are being marketed in the region as part of energy corridors being developed by Turkmenistan.  He said that the mega TAPI gas pipeline project will greatly help Pakistan in overcoming its energy troubles. Turkmenistan has emerged as a prosperous country by pursuing prudent economic and social policies over the years. It has been utilising its financial wealth for socio – economic uplift of the people.

Shibli said Turkmenistan‘s world view is based on its being a recognized neutral country. This country actively promotes regional harmony and inters – state cooperation. 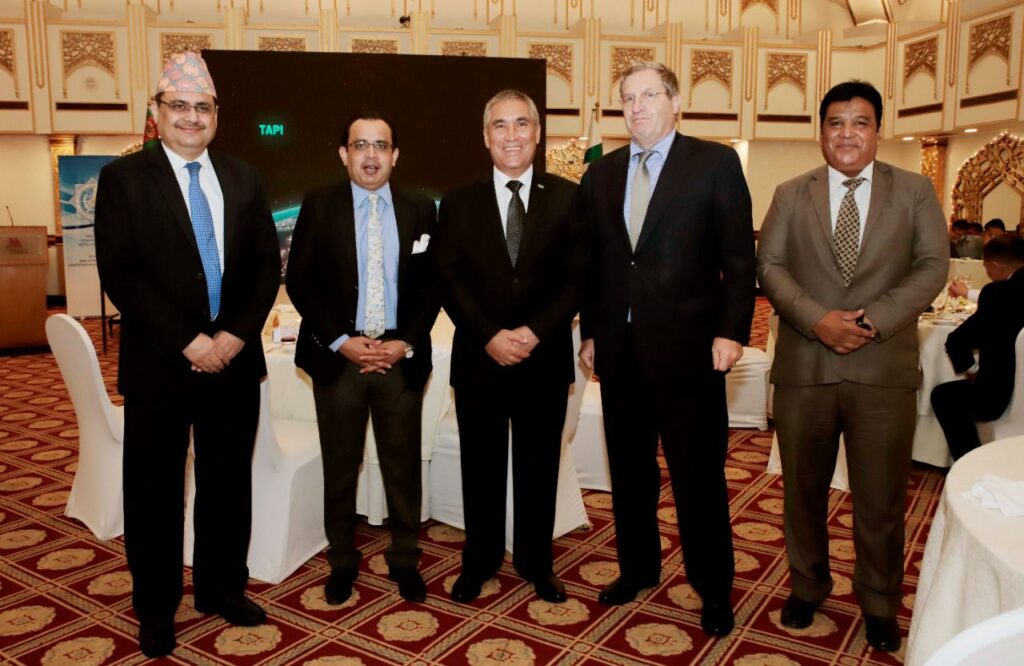 Ambassador Atadjan Movlamov said on the occasion that 30 year ago Turkmenistan has chosen the way of democratic, legal and secular development. In its foreign policy Turkmenistan has chosen the model, which has gained the name –positive neutrality .During the past period Turkmenistan has established a constructive relationship of cooperation with its neighbors and become a reliable ally and effective partner of the United nations in the process of preserving and sustaining political stability in the region, developing good neighbor relations, friendship and cooperation.

He said Turkmenistan is carrying out a radical modernization of all sector of the national economy to bring Turkmenistan to the level of the countries development in political, economic, cultural and humanitarian spheres. Turkmenistan builds new cities and villages, gas lines, highways, railways and big innovative industrial production complexes.

Ambassador Atadjan said that a diversified economy has the electric power, oil and gas industry, mechanical engineering metallurgy the chemical industry, construction, electronics. Light ,food industries and pharmaceuticals. The strategic industry is the gas industry, which has natural gas productions and processing sectors in its structure.

Ambassador said the priority projects are the construction of the transitional TAPI   gas pipeline .power transmission lines and fiber-optic communication on Turkmenistan-Afghanistan-Pakistan route.The implementation of these important regional projects will open up new strategic directions for energy flows, give and impetus to the economic development and contribute to an improvement of the population’s standard of living in the region.

In a last he expresses the confidence that traditionally friendly and fraternal Turkmen-Pakistan relations would continue to be developed for the common sake. Turkmenistan –Pakistan Dosti Zendabad