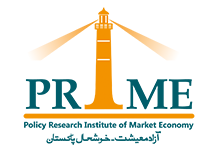 ISLAMABAD: Prince of Wales and Prime Minister Imran Khan spoke by telephone on Tuesday. They reaffirmed the close and unique bonds between commonwealth nations...
Read more

ISLAMABAD: As per PRIME’s latest report, Pakistan Prosperity Index (PPI) has declined by 5.2%, an indication of slowdown in the economy. PPI is an agglomeration of trade volume, lending to private sector, purchasing power and manufacturing output indices. The trade volume witnessed an increase of Rs.298 billion Y-o-Y and a decrease of Rs.182 billion M-o-M on account of depreciation of local currency and rise in international prices.
Purchasing power declined as the Y-o-Y Inflation was reported at 8.4%, while the M-o-M inflation clocked at 1.3%, an illustration of fall in purchasing power. The prevalent high levels of inflation are at the back of hike in food and energy prices and currency devaluation.
Large Scale Manufacturing (LSM) declined by 4.91% M-o-M. This decrease can be attributed to the intermittent disruptions caused by pandemic and continuous surge in
prices. Out of 15 large scale industries, 10 showed growth less than 1%, auto industry showed growth greater than 2%, while 4 industries posted negative growth.
The private sector borrowing from banks showed a continuous surge with Rs.177 billion Y-o-Y and Rs.17.8 billion M-o-M increase. This increasing trend can be credited to lower cost of borrowing and a reduction in the budget deficit, which has reduced the government’s borrowing needs from the commercial banks thus reducing the crowding out effect.
The economic performance is not encouraging and highlights several underlying issues. Depreciation of rupee is making necessary imports expensive, which translates into higher cost of businesses and subsequently, lower manufacturing output. There is dire need to curb the inflationary pressure by augmenting productivity and output, as this will not only improve the purchasing power/real incomes but also reduce the input cost of LSM. Instead of distorting markets through price controls, addressing the supply side shocks of basic food items is imperative to lower food inflation, which is the main cause of rising overall
inflation in the economy.
The overall economic outlook, as measured by PPI, shows declining trend and in contrast to government’s growth agenda. The supply side shocks call for more liberal trade measures and elimination of state intervention in the market. Moreover, prudent economic planning
is needed to ensure uninterrupted provision of LNG to the manufacturing sector for higher yield.
PRIME Institute publishes monthly PPI report with a lag of two months based on the availability of required data, the current report comprise data from August 2020 to July 202

Islamabad: Cold chain optimization equipment worth USD 6.59 million funded by the Government of Japan and procured through the United Nations Children’s Fund (UNICEF) for...
Read more

ISLAMABAD: A key meeting on the national security under the chair of Prime Minister (PM) Imran Khan has decided on Tuesday that no concession...
Read more