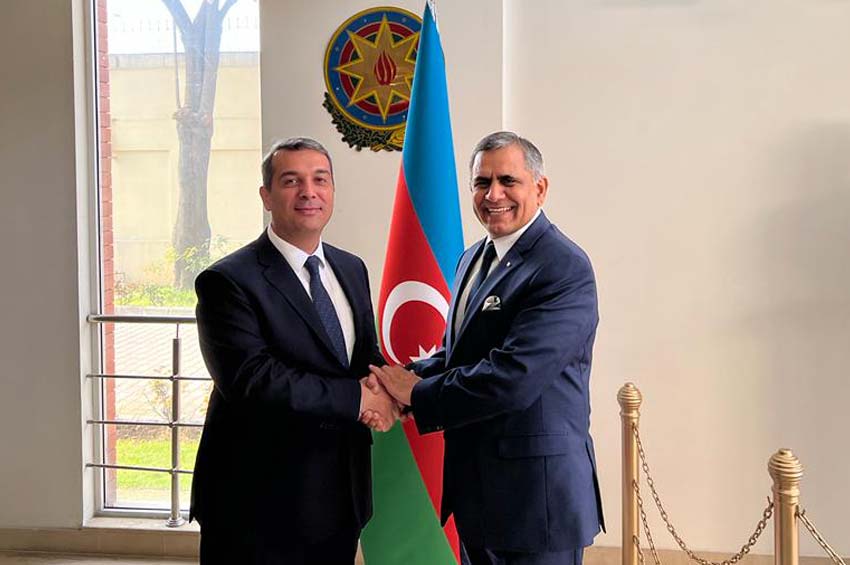 Lahore :The launch of regular direct flights between Pakistan and Azerbaijan will make a great contribution to further expansion of cooperation between the two countries.

The airline management under the guidance and leadership of CEO PIA, Air Marshal Arshad Malik is fulfilling the vision of Prime Minister of Pakistan to foster and promote brotherly ties with Central Asian Countries and also keeping in view the demand of passengers, to increase revenue and to facilitate passengers, has initiated flights to Baku, one of the emerging tourists destinations that offer ease of Visa facility, having friendly and welcoming people with same religion and lots of historic sites to visit both in Pakistan and Azerbaijan.

The inaugural flights departed from the two cities on Wednesday morning. PIA will operate one flight per week from Lahore and Karachi to Baku. Simple Cake cutting ceremonies were held at Karachi and Lahore Airports. Both flights operated with full loads. CEO PIA also traveled on the first flight to Baku.

Sharing his views on the occasion, he said that the flights to Baku will not only facilitate in trade between the two countries but also promote tourism and further build upon brotherly relations between Pakistan and Azerbaijan.

Ambassador for Azerbaijan Khazar Farhdove also traveled on the inaugural flight from Lahore to Baku, while at Baku airport officials of Civil Aviation authority and senior Government officials welcomed the passengers.

The passengers of PIA’s flight to Baku from Karachi were welcomed and seen off by PIA senior officials.

Historically an important trading center, Peshawar lies in close proximity from the Khyber Pass, once part of the celebrated Silk Route, and an important...
Read more
Travel & Tourism

Spokesman Report Dubai : As Indian flight queries for the UAE and Egypt witness a significant uptick, and the country retains its position as Dubai’s...
Read more