No compromise on merit in Punjab Games trials: DG SBP 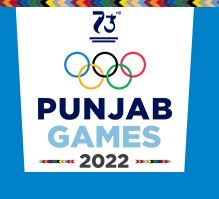 LAHORE: The trials for selection of all divisional teams in connection with upcoming 73rd Punjab Games continued in several districts of the province on Friday on the directions of Director General Sports Punjab Javed Chohan.

The 73rd Punjab Games will be organised at different venues of Lahore from January 24-27, 2022 under the auspices of Sports and Youth Affairs Department Punjab.

Director General Sports Punjab Javed Chohan said that a large number of male and female athletes of the province are participating in the trials with keen interest. “Punjab province has plenty of sports talent for all games and young talented male and female players are showing marvelous performance in the trials”.

He said all the divisional selection committees have been issued strict directions to pick up their sports teams purely on merit. “Punjab Games is a major sports event and there will be no compromise on merit especially in the trials process,” he added.

The trials of three games – wrestling, handball and hockey were held in DG Khan. Multan organized football, badminton and table tennis trials under the supervision of vigilant selectors.

Dozens of players appeared in boxing and karate trials at Nishtar Park Sports Complex Gymnasium Hall while the gymnastic trials were conducted at Gymnastic Hall of Govt College University under the supervision of selectors.