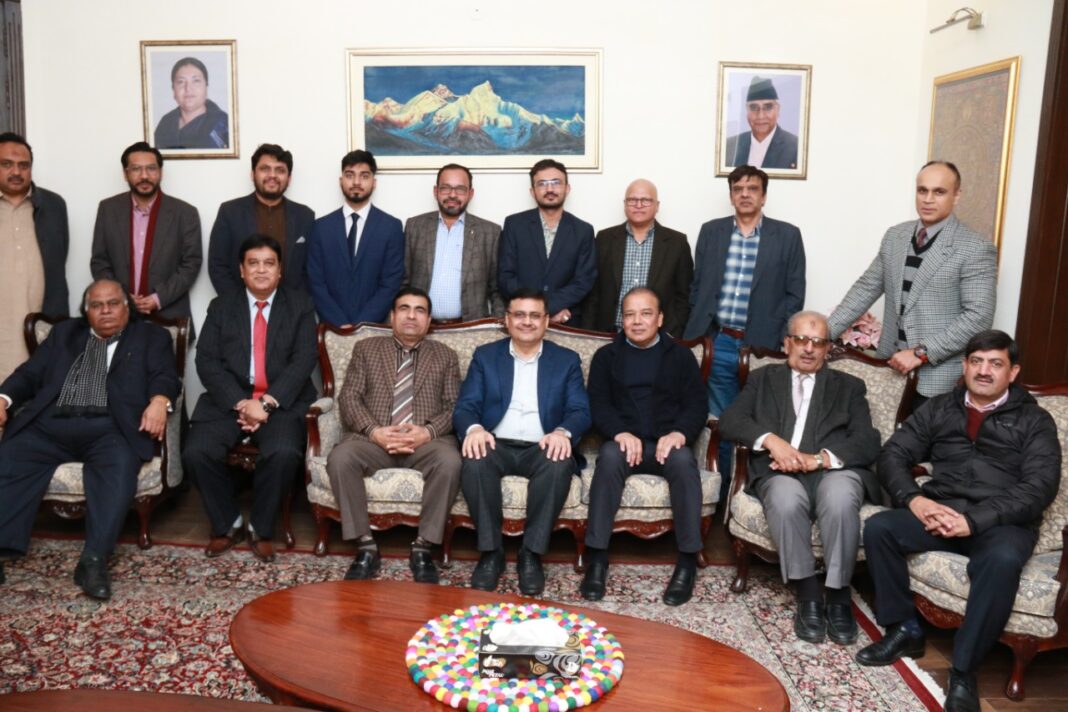 —The relationship between Nepal and Pakistan have always been cordial and friendly. The establishment of diplomatic relations in 1960 further enriched the bilateral engagements and understandings. Both the countries enjoy the excellent bilateral relations based on goodwill, mutual trust and cooperation. Nepal and Pakistan celebrated the 60th anniversary of diplomatic relations in 2019. Both countries have similar views on many issues of common interests at various regional and international forums. Nepal had opened its Embassy in 1962 in Karachi which was later shifted to Islamabad. Similarly, Pakistan has its Embassy in Kathmandu since 1963.  This was stated by His Excellency, Tapas Adhikari, Ambassador of Nepal to the Islamic Republic of Pakistan while sharing his thoughts with media persons about Nepal and Pakistan diplomatic relationships. 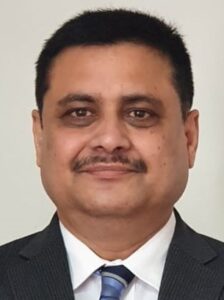 He added that Nepal and Pakistan relations further strengthened by the high-level interactions and people-to-people contacts. Bilateral trade, similar cultural and social values based on agrarian economy, tourism and mountaineering, cooperation in education sectors, among others, have further enriched the bilateral cooperation. Both countries are founders of South Asian Association for Regional Cooperation (SAARC) and have been working to promote regional cooperation. Both Nepal and Pakistan have fragile eco-system. Hindukush-Himalayan region is very prone to natural disaster. The region is a water tower of Asia which provides water to 3 billion people. Climate change has impacted to the ecology of these region. Melting glaciers, changing agriculture patterns, migration has impacted the livelihood of people and recent flood in Pakistan is a living testimony of climate change in our region. Therefore, Nepal and Pakistan needs to work together to mitigate the negative consequences of climate change.

Talking about mutual trades he said the bilateral trade relations are very limited between both countries but it is increasing gradually. We are optimistic on recent positive trends after the COVID-19 pandemic on bilateral economic engagements and hope it will surpassPre-COVID level very soon. In 2020, Nepal exported goods of 100 million NRs and imported 1.04 billion Nrs from Pakistan. The Embassy is committed to work with business community in Pakistan towards further enhancing the bilateral trade relations between our countries.             Tourism is a niche product of Nepal and it is a hub of adventure tourism. Many Pakistani friends visit Nepal as tourists and Nepali and Pakistani mountaineers are working together in various mountaineering expeditions in Nepal or in Pakistan. Unavailability of direct air link has hampered large flow of touristsand once we could be able to re-connection of air services, there is high possibility of tourists’flow between Nepal and Pakistan.

He further added that Nepali and Pakistani mountaineers are working together in various expeditions sharing skills, knowledge and techniques of mountaineering and expanding mountaineering in our countries. He expressed hopes and said “I believe continued cooperation between Nepali and Pakistani mountaineers will make a difference to both countries, making it the center of mountain and adventure tourism”.Pakistan with 220 million populations is a big market of tourism. Every year a large number of people visits different countries from Pakistan. Being in the neighborhood, simple visa regime, friendly environment, hospitable people, I believe Pakistani people will enjoy their visit in Nepal.

“Pakistan has a rich culture&splendidlypreserved to Buddhist heritage”

Talking about the culture and heritage of Pakistan he said that “Pakistan has rich cultural and religious heritage”. It is the place where great religions and philosophy like Hinduism, Buddhism Sikhism and Sufism were established or flourished.  There are Buddhists artifacts scattered across Taxila valley, Takhta-i-Bahi and in different areas of Khyber Pakhtunkhwa and other part of Pakistan. Taxila used to be a center of learning and propagating Buddhism in different parts of the world.  It shows that Buddhism had deeply rooted in these areas. Buddhism is the fourth largest religion by number of followers in the world and there are many Buddhist countries or countries influenced by the philosophy of Buddhism. Pakistan can tap these resources to promote friendship, brotherhood and tourism as well as can generate employment and revenue inviting Buddhist tourists.

At the end, he said “I am happy to see the preservation of the Buddhist heritage in Pakistan despite being an Islamic country and I believe this is something the people of the world should know about it”. He wished for further augmentation of mutual ties between both counties in future.

Spokesman Report Karachi: The third and fourth batch of humanitarian assistance from the people and the Government of Indonesia for people of Pakistan have arrived in...
Read more