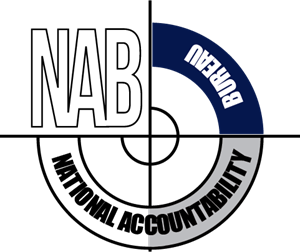 ISLAMABAD: The National Accountability Bureau (NAB) has categorically rejected the allegations leveled by Ahsan Iqbal against stating that the NAB had filed a reference against Ahsan Iqbal in the Hon’ble Accountability Court Islamabad on the basis of solid evidence which is under trial in the learned Accountability court.

The baseless and fabricated allegations of Ahsan Iqbal are not only an attempt to affect and influence the case under adjudication before the Hon’ble Accountability Court Islamabad, rather it is part of a malicious propaganda campaign to tarnish the image of the NAB, which the NAB condemns. The NAB has decided to obtain transcript of Ahsan Iqbal’s baseless, concocted and fabricated allegations regarding the reference under adjudication before the Learned Accountability Court Islamabad from Pakistan Electronic Media Regulatory Authority (PEMRA) and review the baseless and convicted allegations under Section 31 (a) of the NAB Ordinance. The law will take its own course in this regard. NAB is the national anti-corruption body. It has no affiliation to any political party, group or individual but only to the state of Pakistan.

The NAB has so far recovered Rs. 822 billion since its inception and Rs. 535 billion recovered directly and indirectly from corrupt elements during the last more than three years during the tenure of the present leadership of NAB which is a record achievement. NAB and Pakistan can go together while NAB and corruption cannot go together. The NAB will always carry out its duties in accordance with the Constitution and the law, regardless of any pressure, intimidation or misleading propaganda.

NAB advises all persons against whom it has filed references in respectable accountability courts in accordance with the law. The detractors instead of making misleading statements about NAB, unwarranted criticism and threats, should better utilise all their energies in defending their references in the Learned Accountability Court, instituted against them on solid evidencebased where the law will make its own way. NAB’s performance has been appreciated by reputable national and international organizations especially Transparency International Pakistan, World Economic Forum, PLDAT and Mashal Pakistan which is an honor for NAB