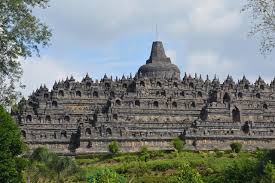 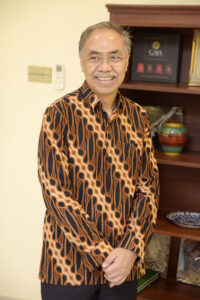 Indonesian Embassy Islamabad and the National Institute of Folk and Traditional Heritage (Lok Virsa),Pakistan will jointly organize five-day exhibition (July 20-24, 2022)titled ‘A Night at Lok Virsa Museum: The Confluence of Civilizations between Indonesia and Pakistan’ at Lok Virsa Museum. The grand exhibition intends to feature the fusion of Indonesia-Pakistan’s cultural history and artworks through a selected collection of photographs and videos.

In an exclusive interview with Daily The Spokesman, Ambassador of Indonesia to Pakistan Adam Tugio said that the exhibition aims to offer fresh perspectives into historical connections, religious backgrounds, and the confluence of civilization of both countries from past to present.

Director Lok Virsa Anwaar-ul-Haq, was also present on the occasion. 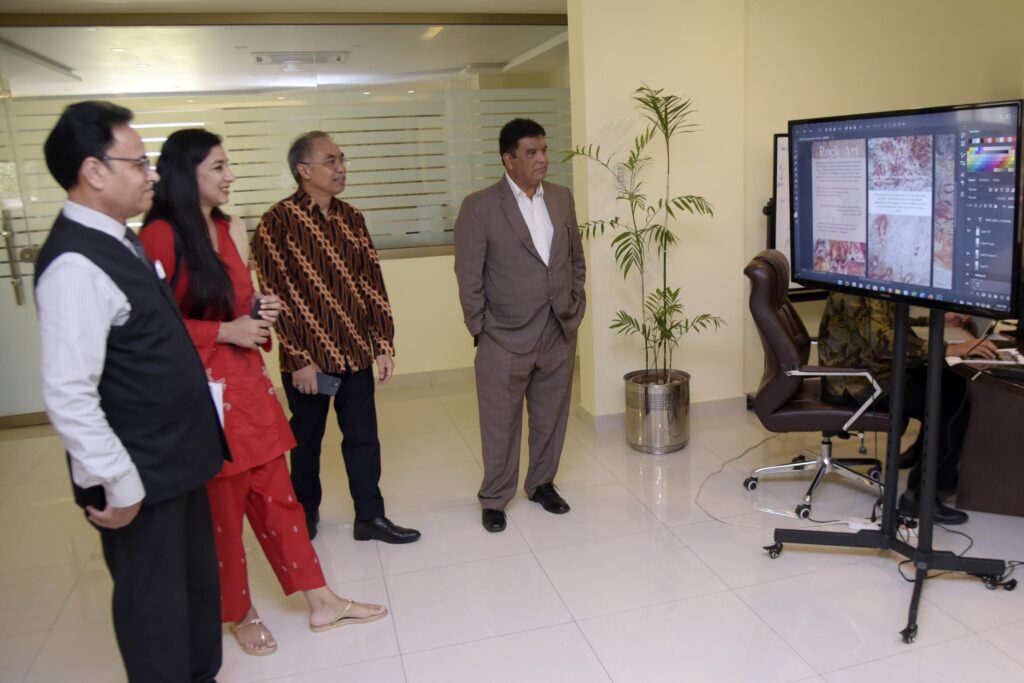 The Ambassador of Indonesia further said that the exhibition will highlight the religious-cultural influence and similarities between the two countries during their journey of civilization through the display of art works by focusing on spread of Buddhism in Indonesia,the spread of Islam (Islamic Civilization) in Indonesia, Ancient Civilization, Rock Art and Rock Art Papua. 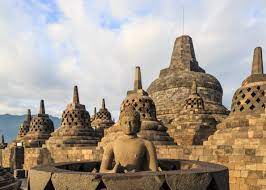 The spread of Buddhism in Indonesia

Buddhism has a long history in Indonesia. A Chinese traveler named Fa Hsien reported in 5th century AD that the arrival of Buddhism in the archipelago commenced with commercial activities from the early 1st Century along the Maritime Silk Road. Diary of I-tsing, a Chinese Buddhist monk dated back to the 7th Century recorded further that Buddhism flourished in the Srivijaya Kingdom (modern-day of Sumatera). At its peak, Srivijaya Kingdom’s authority reached the area of Central Java and Cambodia. The great scholar Dharmapala of Nalanda was reported to visit Srivijaya Kingdom in the 7th Century.

The roots of Buddhist influence in East Asia are also often linked with the ancient territories of Buddhist rule in ancient Gandhara, which was a region in present-day Northwest Pakistan and Afghanistan. The Buddhist heritage is scattered across Pakistan such as the monastery in Takht-i-Bahi-KPK, the Dharmarajika Stupa in Taxila and Amluk Dara Stupa in Swat. 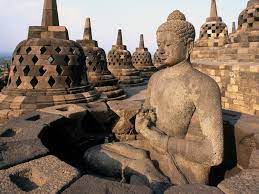 Another example of Buddhism-Hinduism ruling in Nusantara from Java island was the Majapahit Kingdom in the 14th Century. The Majapahit Kingdom expanded its dominance across what is now primarily Indonesia and nearly the whole Malay Peninsula under Prime Minister or Patih Gajah Mada.

Buddhism steadily lost ground in Indonesia, and Islam took its place in the 15th Century. In other locations, Buddhism was integrated with Hinduism, resulting in a Hindu oriented fusion that has survived to the present day in Bali. Despite this, Buddhism has added a distinctive colour to the social fabric of Indonesian culture and civilization.

The spread of Islam (Islamic Civilization) in Indonesia

Indonesia is the world’s most populous Muslim-majority country. Despite being located far from the Middle East, around 86 percent of Indonesian population identified as Muslim, posing the question how Islam spreads in Indonesia.

Since the 13th century, Islam has expanded gradually in Indonesia through mercantile activity by Arab Muslim traders, acceptance by local kings, and the impact of Sufism from Persia and South Asia. Again, the impact of Indian sub-continent on the spread of Islam in Indonesia is quite profound. The arrival of Islam in Indonesia is attributed to Gujarati and Indian spice traders in the 13th century. Another theory holds that the 15th century Muslim Chinese Admiral Cheng Ho was also instrumental in spreading Islam on the Indonesian island of Java. 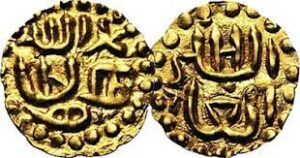 The spread of Islam in ancient Indonesia reached the peak in the 15th century, attested by the emergence of kingdoms or sultanates ruled by local Muslim leaders, spanning from the western most Aceh (SamuderaPasai Sultanate) to the eastern part of Ternate and Tidore in Moluccas, and from the northern most of Kalimantan to southern most of Java.

Renowned anthropologist, Clifford Geertz in his seminal work “The Religion of Java” proposes the trichotomy of “abangan, santri, and priyayi” of Indonesian Muslims to describe how Islam was affecting life of multi ethnic society of the archipelago:

– Abangan represents people whose lifestyles are more oriented towards secularism and non-Islamic cultures, or an indigenous blend of native and Hindu-Buddhist beliefs with Islamic practices.

– Santri represents people who adhere to Islamic norms and concentrate on devotional activities in Islamic schools called pesantren or Madrasah.

– Priyayi was initially descendants of local rulers and during the colonial rule of Dutch, referred to those who enjoyed education at Western-style institutions before entering the colonial civil service.

Despite the fact that this distinction has drawn criticism, and that the trichotomy has gotten weaker over time, Geertz’s research contributes to better understanding of Islam and Indonesian society.

Indonesia today is not an Islamic state despite its overwhelming Muslim population, rather it is a constitutionally secular state whereby the Government officially recognizes six distinct religions.

This exhibition provides brief glimpses of the spread of Islam in Indonesia. 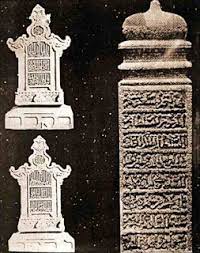 Similar to Pakistan, Indonesia has also had a huge impact on the study of palaeontology. The island of Java has produced some of the most diverse vertebrates and fossils in numerous discoveries. And in Flores archaeological evidence of prehistoric life has been discovered. Experts like Prof. Verhoeven and Prof. Dubuis predicted that the artefacts were created around 750.000 years ago based on a number of stone tools connected to a stegodon fossil (now-extinct elephant). 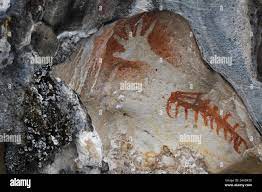 In archaeology, rock art is human-made markings placed on natural surfaces, typically vertical stone surfaces. A high proportion of surviving historic and prehistoric rock art is found in caves or partly enclosed rock shelters. This type also may be called cave art or parietal art. A global phenomenon, rock art is found in many culturally diverse regions of the world. The Ancient Rock Carvings of Sindh and those found at Swat Valley have been explored in Kirthar Mountains Range, Sindh, Pakistan.

Like Pakistan, Indonesia is also home to a large number of rock art sites. They are mostly found in the Eastern Indonesian Archipelago, in the islands of Sulawesi, Muna, Buru, Ceram, Flores, Lomblen, Timor, Kai, West Papua, and recently Kalimantan. Most of the publications on rock art in this region only contain descriptions of the sites, some exceptions aside.

The importance of Indonesia’s rock art has been seriously underestimated and overlooked, especially as it occupies a crucial position on the crossroads between South-East Asia and the Pacific. The rock art research conducted in this region is expected to reveal underlying cultural exchanges, patterns and similarities between people living in this vast part of the world.