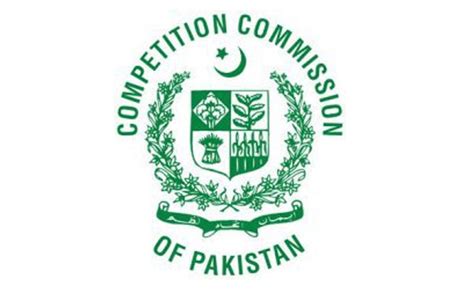 ISLAMABAD, 15 MARCH 2021: The Competition Commission of Pakistan (CCP) has issued Show Cause Notices to four companies for prima facie violating Section 10 of the Competition Act, 2010.
A Show Cause Notice was issued to Unilever Pakistan Limited for prima facie violation of Section 10. Reckitt Benckiser Pakistan Limited sent a formal complaint that Unilever Pakistan Limited was distributing false/misleading information by making absolute claims regarding its products, Lifebuoy Soap, and Hand wash.
The enquiry report concluded that Unilever Pakistan Limited was harming other undertakings’ business interests and misleading consumers by making absolute claims regarding the abovementioned products. Some of the claims were: “100% guaranteed protection from germs”, “World’s No. 1 germs protection soap”, and “99.9% germ protection in 10 seconds.” The disclaimers about these claims were printed in tiny fonts and were hardly noticeable.
On the enquiry’s recommendations, Unilever Pakistan Limited was served a Show Cause Notice for prima facie violating Section 10 of the Act.
In another case of prima facie deceptive marketing practices, a France-based company, KENNOL Performance Oil, sent a formal complaint against three Pakistani firms, Kennol Petroleum (Pvt) Limited, Dewan Oil Store, and Japan Lube Petroleum, for copying the packaging of its product, KENNOL ULTIMA 20W60.
KENNOL Performance Oil stated that its product ‘Kennol’ is registered in France and with the Intellectual Property Organisation (IPO) in Pakistan, and it has not authorized any other firm to use it in Pakistan. Hence the respondents, Kennol Petroleum, Dewan Store and Japan Lube, were misleading consumers about their products.
The CCP’s enquiry concluded that the trademark belongs to KENNOL Performance Oil, and no one in Pakistan is authorised to use it. The enquiry also concluded that Kennol Petroleum, Dewan Stores, and Japan Lube were engaged in copycat packaging of KENNOL Performance Oil’s product to deceive consumers and harm its business interest. Both these actions are a prima facie violation of Section 10 of the Competition Act.
The CCP issued Show Cause Notices to Kennol Petroleum, Dewan Stores and Japan Lube and directed them to respond to the notices.
CCP is mandated under the Competition Act to ensure free competition in all spheres of commercial and economic activity, to enhance economic efficiency and to protect consumers from anti-competitive practices including deceptive marketing practices.

Starlink Not to Charge Advance Money from Pakistani Users